Cheerleading for the Devil

Cheerleading for the Devil 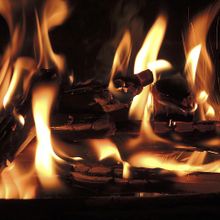 Four years ago my mother was rushed to the hospital. Her heart rate was 20. She was my father's caregiver. She was in the hospital for a week. They implanted a pacemaker. She would be fine. Fine is a relative term, she was going to be okay, but she could no longer have the stress associated with caring for my father.

My brother spent one night with my father and declared "we have to do something," I had taken Mom to visit several independent living centers during their visit with me two months prior. I knew this day was coming. I had tried to get them to move closer to me for some time. I told my brother, "They are moving to Georgia, I can't take care of them in South Florida." I called and got an apartment in the place I knew Mom liked the best.

They moved in with me for one month while Mom recuperated. They moved to independent living on New Year's Eve. Dad had been told his bloodwork showed kidney issues. We got him to the doctor here and he was in kidney failure, we put him in home hospice two weeks after they moved and he died on February 2, 2012.

Mom stayed in the apartment for 18 months. She then started to have mini strokes. Her memory was failing. She said she did not feel safe living alone. We moved her to our home two years ago.

A year later my world fell apart. My husband, who said, "Move her here, she can't live alone", suddenly decided he was being ignored and started a sexting relationship. It was a nightmare going through those emotions with Mom here. I spent so much time in the bathroom, she must have thought I was ill.

The whole thing made no sense to me, at all. My husband was the most attentive, romantic, caring person I had ever met. It seemed he changed, drastically. I started looking back and trying to pinpoint where it went off the rails. We both wanted to save our marriage, we both started seeing therapists. He seemed to be trying, but there was this lack of "connection". Had I driven him away? Had I spent too much time meeting Mom's needs to the exclusion of his and now he wanted out? Nothing made sense. I said over and over and over "I miss Rod". I just knew this man was not my husband and I had no idea what happened, when it happened, or why it happened.

Then I was here one day and I saw the FTD Awareness video. My husband's mother died of FTD. I had never associated that with behavior changes. I sort of thought of it as Alzheimer-ish. It hit me square in the face. This emotionless man who was living with me, claiming to be my husband, was showing clear signs of FTD.

I have been voraciously learning about FTD. We have made an appointment with Emory to have him evaluated. The appointment is May 10, yes, seven months away. We do not want to go to a local neurologist who may have never seen FTD in his career. We want as definitive an answer as possible.

There is comfort in a diagnosis. With a diagnosis, you have answers, can make the plans, can focus on solutions. Without a diagnosis, you are left with the awfulness of unanswered questions.\n\nI'm grateful you shared this with us, Sharon. You help (and will help) others who face a similar nightmare.

Thank you, Sharon, for sharing this intimate part of your life and marriage. I hope that whatever you are going through, you know we are with you, support you, want to understand you, want to listen to everything you have to say.

I would feel the same way. I had it happen to me... I was the one with the personality and behavior changes. When we found out it was caused by my medication, it was a huge help in understanding and helping our marriage. It took a long time to get past this still, because the effects of the drug I was on was just beginning to be realized and my husband had a hard time believing it was JUST the meds. \n\nI know it sounds like you're being a devil's advocate, but I don't think so. I'm just so glad you saw the FTD awareness video and figured out he needed to be evaluated.