Christmas Break and Other Adventures

Christmas Break and Other Adventures 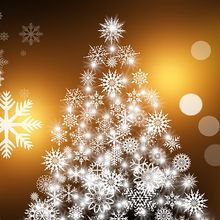 Happy New Year to all!

For the most past we have had a GREAT Christmas and New Years. We drove to my sisters in Fort Collins, Colo., from our house in Wichita, Kansas, on Christmas day and for the first time in many  years did not have some kind of blow up. We have been in Kansas City this week and have had a GREAT week!  My parents where there along with my sister, her husband, our 8-year-old nephew, and 6-year-old niece. We have car problems with the radiator  and  thermostat and had to drive most of the way with the heat turned up full blast and the windows down but other than a great visit was had by all! We were on I-70 at one point and I had my feet out the windows as the dry heat was bothering me and a van came by and they waved at me! It was so nice to be with my family as we all got along and had fun!

We had Christmas with my in-laws the Monday before and as  a usual things were weird! My father-in-law has been having problems with his right knee and has bone on bone and will need a knee replacement soon. He said during the time we were there that he's not having knee surgery he'll just use his other leg and knee and deal with it. I have stopped saying things about his health When he was in the ER last year with a blood clot I asked a question and was told by him to shut up. My AH has a very hard time talking to his father about things like this as his father is very domineering and he as a bit of a temper. Mother-in-law brought her gift to us in a white trash bag--it was a lamp.

The second part of this entry is about a client that I take care of on Wednesday afternoons and her son. She's 89 and he's 45. She lives with him. She had singles four years ago that caused neurological problems, is a diabetic, and has a couple of other health problems. He doesn't work, and doesn't take of himself. He's a very brittle diabetic and spent two days in the hospital this past spring as a result of his diabetes. He eats Little Debbie's, pizza, and McDonald's.

She started to go downhill in September. The day before Thanksgiving she went to the doctor as she had dislocated her shoulder and was having diarrhea. At that  appointment the doctor told the son that he should start looking at other options as her dementia has progressed. She's also very hard of hearing and will say things that are totally inappropriate. A few months ago they were at the eye doctors and someone asked her how she was and she replied, "a first class B----."

Anyway, her son didn't take the question well and said that if she can't go to the assisted living center where her sister is then she wouldn't go anywhere. He made a promise to her that he would never place her in a nursing home. The Monday after Thanksgiving he texted me that's he's going on a cruise this spring and not bringing his mom. He wanted me to check on for a hour or hour for the 9 days that he is gone. I was shocked that he would leave her alone for nine days.

Things have gone down hill from that as I have told him that she is not safe at home. I have also found out things about the situation that greatly upsets me. She is sleeping most of the day, and not eating, is very wobbly on her feet, and the list goes one. I also found out that she is not having major problems with her incontinence as she is on meds to help with her incontinence (which is good). He informed me that because of that instead of going through  two or three Depends a day they are going through two or three Depends a week which means that she is not changing her Depends everyday. I told him he to make sure they were changed everyday and he looked at me like I was crazy.

He's also not bathing her like he said he would. The last time I was with her I took her to get her hair cut and she was wobbly. When I told him that he ignored me. Well, I got a text from him asking if I was going to be there and I told him no I was still out of town. I then asked him how his mom was and he told me she was basically herself again--sleeping most of the time and not eating much. Well things went downhill from there. He told me she's not bathing, not walking good. Every time I asked asked a question he came back with a very defensive answer.

He also stated that the doctor has told him his mom is doing great. A physical therapist came out to asses her for PT and the therapist told him that she in great shape. He finally told me at the end that I need to start asking him "good things" as I'm stressing him out. Thankfully the son put me down on her HIPPA form. I have talked to doctor and he is really concerned and behind me 100%! The doctor has told me to keep him informed so on Monday I'm going to call the doctor and tell him what happened. It's very sad and I just pray that something is done before it's to late!

Hope everyone has a great holiday season!

Gosh, I just had another thought. If your client had been in good physical shape and has suddenly gone downhill it might even be a UTI especially since she isn't being changed and bathed. My mother-in-law's temp would barely rise when she had UTI but she certainly would sleep more, eat less... Just a thought.

Maria, I'm glad you had a good Christmas trip.\r\n\r\nThe situation with your client is really scary. It sounds like she shouldn't be left alone at all. I'm glad her doctor is engaged and listening to you. This situation really made me wonder about what you do when you know about abuse in the form of neglect of seniors or disabled adults. What the resources are for those situations. I'm thinking the doctor would have info.

Hi Maria--Happy New Year!\r\n\r\nI had to laugh about your mother-in-law's gift. Oh, my. Are you using the lamp?\r\n\r\nDo you think your client is ready for hospice? I'm wondering because she is sleeping so much and has little appetite. Would you feel comfortable at least asking for an eval from a local hospice? The staff can give you an idea of when, if not now, your client would qualify. If she does qualify, your client would have more help, including a weekly visit from a home health aid for bathing. If she qualifies while her son is on is cruise, she also could receive more care through the program's respite benefit.