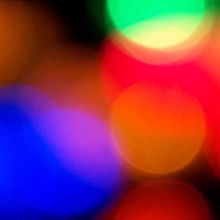 Early Christmas morning I got on the road, headed back to my parent's home 100 miles from my own. As I arrived, I saw my sister packing up. She did all her wrapping through the night, while on Dad Watch. My brother had worked a double on his security job and didn't get home until 5am. Sis looked tired and stressed. She was quiet. I could tell things didn't go too well for her. Mom was up and working on Dad's breakfast. She was fairly quiet herself and seemed quite ambivalent at my arrival. I could hear my brother getting Dad dressed and ready to come downstairs.

I had to figure out how to play this Christmas thing. My sister was about to depart to join her family. My brother doesn't celebrate, plus I'm sure he was going back to bed. Dad looked and sounded good. He was well aware it was Christmas so I found a Spotify playlist that had all the old family favorites hoping that would lift Dad's mood and in turn, everyone else's.

As predicted, Dad got a kick out of the Christmas Carols and sang and hummed along with all the ones he knew. At this point it was just me, Mom and Dad. Mom was cooking, Dad, still hummed and I helped both of them where I could. My niece called which apparently reminded my father to make calls to family. He had me call his youngest brother. That's where it kinda went downhill.

After a few minutes of small talk, he asked his brother if their mother was awake. He wanted to her a Merry Christmas. Grandma has been gone almost twenty years. I quietly told him, "Grandma's in heaven." I'm not sure what my uncle said, but my dad looked at me and whispered with a hurt look, "Mama passed away?" I tucked my lips and nodded my head.

After hanging up, Dad began asking my mother about Grandma's passing: When? Did anyone tell them? How long ago? My mother told him that we all were at the funeral. Then he asked about his father. When he found out he was also gone, he began concerning himself with the will, their house, and the land; things that have been handled quite some time ago.

His grieving and questions lasted about an hour. My mother started our ritual of reading the Christmas cards (about thirty) to distract him, but he would interrupt us asking more questions. Finally we distracted him with gifts, food and more songs. I helped him bathe and put him to bed before 9 p.m. A little different than Christmases passed, but all in all, it was a good holiday.

We should all handle ourselves with as much ease as you displayed.

Thank you for taking the time to share your day with us. Your intentional, tender care of your Dad speaks to all of us here.

Love and prayers to you and Merry Christmas.