I just got home from doing my parents' grocery shopping. Usually, my dad comes along, but today he wasn't feeling up to it. Instead, he just gave me his list:

I sighed and opened their refrigerator. It was full. It was always full. I went through and took out everything that had expired or gone bad. I showed them the two unopened boxes of ice cream bars in the freezer and the case of 7-up in the corner of the kitchen.

This could be considered just part of the forgetfulness of getting older, but this is the way Dad's been shopping for years. At some point, about the time I was in high school, Mom had decided she was done with cooking. No arguments. My sibs and I took turns to cook dinners, the few we knew how to cook. We also had take-o 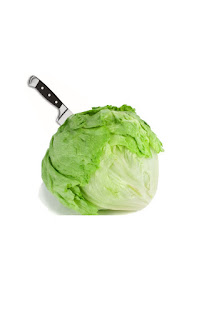 Eventually, when we all moved out and married, Dad retired and took over the domestic chores. His philosophy on cleaning house was, "You think this is bad? You should have seen the house I grew up in." He did the basics--laundry and dishes and yard work. He was proud of the chili he made every year for our Christmas Eve celebration (he added an institution sized can of refried beans) and the family gatherings when he cooked hamburgers and brats on the grill. Pickles were his nod to green vegetables and salad was a half a head of iceberg lettuce with a knife stuck in it.

As they got older, Dad's shopping habits became more and more fixed. He got the same things every week, whether they were needed or not. His trips to the grocery, the hardware store, and the post office were his way of getting out of the house and, so sacred was this time, they were never, ever combined into one trip.

Then came the day when Dad drove himself to the store and suddenly became disoriented and confused. It didn't lasted long, but it scared him. A year later when they moved into assisted living, Dad made the choice to leave his car. He knew it was time to stop driving. He was 90 years old.

So now I take him shopping. Dad feels okay leaving Mom because there are people checking on her. It's just the two of us. He rides my mobility scooter around the store to save wear and tear on his knees. He chooses several boxes of cookies then, minutes later, tells me not to forget cookies. When I show him the boxes in the cart, he grins and says, "Oops." He wants to buy for me, too. In his eyes, I've still got the same tastes as I did at age 10 and to him, my favorite foods will always be Velveeta cheese and pickled beets. How could I....refuse?

Our trips have been a sacred time for me, too. It's when Dad can tell me what's really going on with Mom. It's when we talk about things in the world and how the rest of the family is doing. The scooter gives him the freedom to move without pain and he's like a little kid with a toy. He's also fond of telling the clerk how old he is.

His mother died the day after her 97th birthday. Her brother lived to be 99. It might not be 20 years, but I'm preparing myself for a lot more shopping trips.

(No Dad, you don't need any more candy bars.)

Thanks for the comments_mysql! I enjoy writing a lot, though I didn't do much until after I retired from teaching. Before, I mostly wrote notes to parents, trying to tactfully let them know their dear darling wasn't quite so dear that day. It is so nice to finally be able to share some of these articles. Some things that happen have to compost a little before I can see the humor and positive side.

Goldie, I so enjoyed reading this. It brought back memories of my mother buying the same items over and over again. It drove my father crazy. I will never forget the time my father emptied out the contents of the refrigerator onto the kitchen counter to prove his point. \"Marilyn, look at this, there are no less than seven heads of celery in the refrigerator!\" he crowed triumphantly. (I win!) My mother was playing solitaire at the kitchen table, as she so often did. She looked up from her cards at him and carelessly replied \"So what?\" With a mere two words she forced a checkmate. My father returned the celery and other items to the refrigerator and skulked away in defeat. \n\nAs for Milky Way bars, it was on our 7 AM walk this morning that my husband confessed he has a penchant for Milky Way Midnight Dark bars. He looked at me uneasily, wondering if I would scold him for eating junk food. Indeed no! My husband has lost a lot of weight and needs to gain at least some of it back. If Milky Way bars are what appeal to him, go for it! A few days ago he requested that I purchase a box of ice cream bars and I gladly did so. I don't care if he eats one for breakfast; I just want him to eat!

I totally agree with <a href='http://www.caregiving.com/members/janshriver/' rel=\"nofollow\">@janshriver</a>, Goldie. Your blog posts lighten my day. :)\n\nMy sister has been shopping for my dad and I. His lists are similar to your dad's. A few weeks ago, he included this item on the list: \"“Those Sweet Rolls You Bought Before (3)”. I got such a kick out of that. \n\nI am so enjoying getting to know you and your life.

i am so glad you're here, goldie. seeing life thru your eyes is a bright spot in my day.

Thanks for sharing this, Goldie. It brought back fond memories of times with my dad, especially the last trip I made with him to Home Depot. Very special memory.