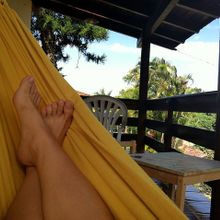 My parents stopped by the house this morning.

Common sense seems to have returned. Rather than moving home and then moving again to a condo they buy, my parents decided to simply move from the retirement community to an apartment they rent. They'll then put the house on the market and I'll simply remain in the home until it sells.

Moving home would have been a disaster for so many reasons. And, once they returned home, they would have never moved again -- no matter how much loved a condo they found. They simply wouldn't have the energy for another move. They would have been stuck and isolated and miserable in a house that really became an island.

I'm glad they are not buying a condo, which I have tried discouraging them from doing. Given my dad's worry about money, tying up their money in a condo purchase never made sense to me. They have plenty of money to rent and will have even more after the house sells.

So, hurray! I avoid having to pack up my stuff and figure out where to move, at least for another few months. I'll take it.

What a wonderful decision (I am sure you prayed this one up!). You are so right about the condo issue and about them getting stuck if they moved back to the house. I am sure you will be looking for your dream place now that you have some sort of a timeline! Just FYI: You are in for a lot of work with this change and I am hoping you will have some help or be able to hire it!!!!!

What a wonderful relief! I hope the house sells quickly.

Hallelujah! I'm glad they made this decision before you packed up all your stuff! I also think they want you close by for as long as possible...

That's awesome! Im so happy for you and glad your folks cleared their thinking for a better plan.

Wonderful news! Would that common sense might always prevail.\r\nI vote for the adult beverage AND putting your feet up!