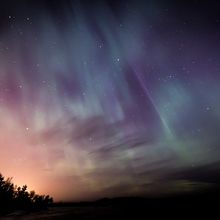 I blog here and I have a blog on blogger.com. If you want the link I will give it to anyone who asks for it. I have had it for quite awhile and I post often but not every day. I was reading a few posts back and came across a post that I find hilarious in hindsight. It does not have a thing to do with caregiving but it may serve as a moment of levity since I obviously feel the need to explain myself. So I copied that post and I am pasting it here at this very moment!

Tuesday night and a storm passed through earlier. The trees are dripping water onto the top of my aluminum condominium. Listening and then writing about the dripping on the roof brought back the memory of my grandfather going outside on Christmas Eve and making noises on the tin roof over the room where we, the children, were sleeping. Of course we were not asleep and, until we were older, we did believe the reindeer had made the noise my grandfather made and, as we got older, we never told him we knew.

Sounds on a tin roof have brought me excitement, as in thinking the reindeer were on the roof, and they have brought me terror as I, in my vivid imagination, heard trees scratching against the roof and imagined them to be all manner of terrible and heinous creatures. As a child I was frightened in the dark and frightened when standing at the edge of a forest by myself. I imagined each sound to be the last I would hear or each shadow to be an evil character. Thinking back now I realize that my imagination often assigned the exaggerations of a vaudevillian actor playing the part of a villain in an old black and white movie. Those bad guys performed roles with the gusto of the stage. Their eyes were wide and their movements quick and furtive. The shadows hid them well until an unsuspecting and helpless maiden came along and the villain would jump in front of her, eyes wide, mustache twirled with a maniacal grin on his face. Who knew I would assign those attributes to the tall, lazy sunflowers in my grandmother's back yard. They were taller than I and the wind pushed them down towards me at times. I knew, beyond a shadow of a doubt, that they were after me. My grandmother never knew why I balked when she asked me to hang clothes on the line. She thought I was stubborn and lazy. I knew the tall, monster flowers were waiting for me.

I would earn the label of "crazy" by my father as the years passed and I woke up screaming or began screaming on the way to the bathroom. Catching a glimpse of myself in the mirror of my bedroom sent me into a terror. The moonlight was streaming through the porch windows. I was wearing a long nightgown and had long hair. As I crept toward the door of the room I turned and caught a glimpse of a woman, bathed in moonlight, wearing a long gown with her long hair falling over her shoulders. She was creeping along and looking at me. I lost it. My father lost it. Writing it now I want to laugh at the description. At the time it was real to me and I let out a frightened howl. When I heard my father's feet hit the floor I knew I was in trouble. After I got back in my bed I heard my father telling my mother that something was wrong with me and I might need counseling. This was incredible as my father did not have faith in counselors, therapists or in confessing. I am certain his comment was birthed out of the adrenaline rush he maintained as he returned to bed.

What fun! I'd love to see your other blog.