Confessions of a First-Time Caregiver - Part 1

Confessions of a First-Time Caregiver - Part 1

0
(Editor's Note: We welcome Mike, who cares for his dad, to our blogging team today. You can connect with him on his profile page: @mikelur.) 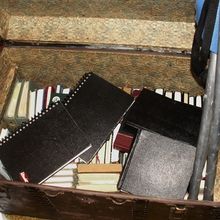 It was the middle of July. I was getting to a good place, feeling very optimistic about my life, which had been feeling a bit meaningless and lonely. I had a plan. Clients were popping up out of nowhere, a local organization was assisting me with business development, I'd invited some of my favorite members from a Meetup group over that coming weekend, and I was working out the logistics for a very promising date through a matchmaking service. Then, one morning, I got a call I'd been dreading for decades.

My mother called to tell me my father had a stroke and was in the hospital. Months prior, my family and I had been working on treatment for his memory glitches. We got him to a neurologist, tested and ultimately diagnosed with  early onset dementia (which ended up in getting his driver's license revoked—prematurely if you ask me). He was put on a medication that my mother said began to work in the first week. I'd been emailing them daily memory quizzes hoping he'd get his driving privileges back after his first follow-up in mid-August. After thirty days, he started a higher dose of the meds. Three days later he suffered hemorrhaging of the brain. I couldn't help think there was a connection. First his license and now this? Were we helping him, or hurting him?

After a 90-minute drive, I arrived at my parents' house. My mother had been at the hospital all night in just her robe and slippers—didn't even have time to grab her dentures. She was okay, so I went up to the hospital. Dad was stable but not okay. He was in ICU and minimally responsive. He was breathing on his own but had no movement on his left side. My mother and siblings and I were with him, in shifts, 24/7. On day 3, I arrived to relieve my brother and found that my dad had begun to decline. The doctors suggested surgery to drain the blood from his brain, which was successful. Dad immediately bounced back.

After a week in the hospital, Dad did a 20-day stint in rehab. We were there every step of the way as well. He was getting stronger, walking with a walker, exercising his body and his brain. His recovery was amazing. Just one thing; his dementia was getting progressively worse. This made explaining things difficult, like why he needs to be in this strange place with strange people taking him to the bathroom and hooking things to his private parts. He complained about how cold it was all the time and his appetite started to wane. We also discovered he was neglecting his left side even though he could move and use his arm and legs. Even his left-side vision was neglected.

As his time in rehab was winding down, I was getting anxious about the state in which they were returning him to us. He still couldn't walk on his own, even with a walker, the vision issue wasn't much better, and his dementia was still getting worse. He was a major fall risk, and would require 24-hour care. Previously, we'd only been back up for the (wonderful) staff of doctors, nurses, techs and therapists. Now, we're on our own, after one hour of family training, which was basically how to get him from the bed to a wheelchair. How in the world were we going to take care of this man around the clock? How would our lives be disrupted? How would we make it through this? God only knows...

Welcome, Mike! Thank you for sharing your story... and I am looking forward to your journey. Please know that you have a community of support here ready to help when asked. You are never alone! \r\n\r\nGod Bless...

I am grateful for the preventative measure. More than likely, my mother would have been in the car with him and she's quite fragile.

Welcome Mike! Thank you for sharing your story. I am glad you are blogging, it does really help to put things in perspective. I wondered about the \"Hurting him or helping him\" question too,,, but so glad he didn't have a stroke while driving. I can't imagine taking your dad home and having your mom be able to care for him! I helped my Grandma with the process of taking the keys away from Grandpa. These are really hard decisions and you are great at observing the whole picture with the dementia and the physical attributes that may be difficult to manage at home. I look forward to the next post!!

Hi Mike--I am soooo glad you are blogging! I think of blogging as \"write and release.\" I often find my perspective and my answers as I write out what happened. I also can look back at my blogs, remember what happened and remind myself I did enough.\r\n\r\nYour question, \"Were we hurting him or helping him?\" really struck me. I guess I think we're giving our carees a chance and when we know better, we focus on a different kind of chance.\r\n\r\nI'm looking forward to Part 2 and all the parts that follow.