Confessions of a First-Time Caregiver, Part 2

Confessions of a First-Time Caregiver, Part 2 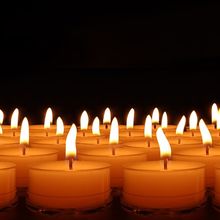 I guess you can say I'm a man of faith. For the past seven years I've been going to a church I love, serving on teams, attending special events and services. Not only that, I have my daily spiritual practices and I feel that they have been working for me in my life. But when I saw my father in that hospital bed, every day with a new tube or another procedure, there was no way I thought he was going to pull through.

I knew that was not the mindset I needed to be in. Not only did I have to turn my thinking around, I had to make sure my father was on board as well. Several times in ICU I read him affirmations and scripture, reminding him, "the healing power of God is within you." I knew he could hear me as I prayed for him. I knew he was praying with me. Good thing, because although I'm just shy of 50 years, this is the closest I've ever been to such illness and although I was strong and continued to function, be supportive and productive, inside I was a mess. I'm glad I had so many others praying for him (and us) because then, and even now, I barely have time to pray myself.

Seeing my dad like that was foreign, yet familiar. As a boy, I obsessed over losing my parents. I never actually imagined them being sick in the hospital, but I had feared that void that comes with loss. Oddly enough, through all that worry, I've never been without them. Nonetheless, during those excruciating 7 days in the hospital, I mourned him.

There's still a lot of my father in there, but every day, a little more of him is lost. While his physical self continues to get stronger -- he's regained so much of his left side function -- his cognitive abilities are dwindling. He was sharper the day after brain surgery than he is now, some six weeks later. And when the professionals mention his dementia, the always add that it will likely progress.

It's been difficult to reconcile medical realities and spiritual beliefs with conflicting information and opinions coming at me. In the grand scheme of things, my dad is doing phenomenally despite the cognitive decline. Even his surgeon was amazed when he saw him at his first follow-up. It's not a complete recovery just yet, but still, it's been quite miraculous.

You are such an excellent caregiver and son! I love the prayer you give to your father. I will be praying for you as you continue to come alongside your Dad and work to figure out how to process the loss. Your parents are so blessed to have you there with them in this difficult time. I look forward to your next blog!

Thanks for sharing, Mike. I am in a similar situation with my Dad. He also had a stroke that affected the awareness of his left side. It's been since May, but it's getting better with time. He needs 24/7 care too and I am his primary caregiver since I am an only child and he is divorced. It's not easy, but the biggest blessing I've ever experienced. I know what you mean about the mourning too. I said a prayer for you and your family, especially your Dad.

Appreciate you sharing this Mike...thanks!

What a blessing you are to your father, Mike. You are giving your dad and you a wonderful gift. Although the journey is difficult, you are never alone ... especially here!

I found this very inspirational as well. Thank you!