Confessions of a First-Time Caregiver - Part 5

Confessions of a First-Time Caregiver - Part 5 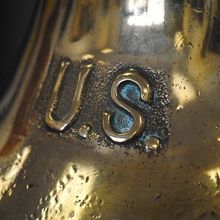 Being a caregiver to a stern, 81-year old, former Navy man with post-stroke increased dementia, has been a challenge. That man happens to be my father, so that brings with it all sorts of "stuff." When I was a teenager, my dad and I seemed to be at odds quite often. I'm not even sure why now since (in my mind) I was a pretty well-behaved, compliant kid. As I became an adult, that went away. Harsh words from him have been few.

Mr. Badass from the 70s is back. But here's the thing; only sometimes. Mainly when we tell him he has yet another appointment, or he has three different people cuing him at once (we need to work on that) or he's just tired of being told what to do. And when he gets mad he's gonna be flagrant about it:

*That zinger came when I was taking to him to the bathroom, first thing in the morning before tending to my hygiene needs. I now sleep with gum next to me.

His words cut. My feelings get hurt, and it sticks with me. He'll settle down, but I'll still be in my feelings. We'll be quiet for awhile, but then, Mr. Happy Old Man comes back out of nowhere, laughing, making jokes and being his pleasant self. Meanwhile, I'm still choking on the last quip. So now I have to instantly move past my feelings and become someone else to fit his current mood. As an introverted, empathic, emotional, Cancerian, this drains me.

Today's nastiness came from a 6:30 a.m. wake-up call for an appointment with the neurologist. He's putting him back on his dementia meds that seemed to work well before the stroke. I pray they level out his temper and help his amazing recovery thus far soar to even higher heights.

It's just so stressful. And, that stress brings out the worst in us. And, that makes it all harder. \r\n\r\nI hope temperaments are beginning to even out.

Thanks for sharing Mike. I definitely understand how the words can cut and the pain stay even while you have to continue the caregiving and help the situation get back to normal. Sometimes I wonder if the caree takes their frustration out on us because they know it's safe - - we offer that model of respect and as the \"child\" they know we will \"take it.\" I too am hoping the dementia meds will even out your Dad's temper. My prayers are with you and around your heart so that it can be healed from those dangerous jabs!

I'm sorry to hear about the mood issues, Mike! I'm going to pray that the Holy Spirit will guard your heart and mind during this challenging time. Know it's not about you - at all! You are doing the best you can and he is just struggling right now with physical changes to his brain. If you could look at a CT scan or MRI of his brain you would see the damage the stroke and dementia have done. I was shocked when I saw my Dad's scan and realized that this is totally physical. Fortunately as my Dad has had some time to heal from the stroke and is becoming more himself and actually vocalizes appreciation for all that I am doing for him. I pray that you will experience that too - soon!! Hang in there!