Confessions of a First-Time Caregiver - Part 8

Confessions of a First-Time Caregiver - Part 8 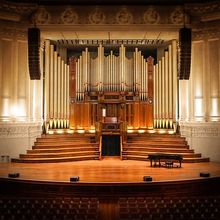 I detest drama. I really do. My life before this was similar to a monk: silent; solitary; meditative; reflective. I probably get it from my parents—at least the silent part. They're not overly chatty people and seem completely comfortable with co-existing with little verbal communication. After 58 years, they've probably said a whole lot, if not all.

Then came Brother. The quintessential middle child. He's loud, crass, messy, animated. At 53 he's still prone to outburst of songs, sounds, weird voices and whatever else comes to mind despite the fact he's in the company of two elder people who don't always understand what's going on around them. He is—in the most gracious of terms—childlike.

He's also a doer. A problem-solver. If he sees a situation, he's right there to provide and implement a solution. Whether you like it or not, whether you like his solution or not. And throughout this situation with my Dad's stroke and dementia he's taken the lead and ran with coming up with solutions...with little consultation with my mother. Add that along with his boisterous personality and that makes for a very unhappy mother.

She's tried to tell him about his ways—my Dad has even said to him, "you must think you're at home," but he just doesn't get it. He doesn't want to. He doesn't comply. He thinks he knows best and you can't tell him otherwise. This is when the child has a tantrum. He gets loud, defensive, combative and plain ugly.

I'm the youngest, so nothing I do, say, or think is valid in his eyes. He's even told me (supposedly in jest) that I was more expendable than he. One day he was trying to boss my mother and she ignored him and walked out of the house. Soon after, I had to talk to him about something and he *screamed* on me. In front of Dad. Loud. I kept my calm voice, but he kept going. I gave up.

He and mother are not getting along well right now. She voices her concern; he takes it personally. He's talking about making all sorts of modifications to the house, some make sense, some are questionable. He leaves her in the dark while he talks to agencies and contractors. Once a social worker called my mother to confirm an appointment at the house that he never told her about. She thought someone may have been coming to rob them!

My mother was running things here before and prefers to continue running them now.

This past weekend, things came to a head. He was going home to Georgia for a week and said he was leaving on "Saturday." I had been going home on Friday afternoons, returning on Sunday evenings. My sister fills in but not the whole time. So, I stayed, but Brother was still home well into Saturday afternoon! My sister was on her way and it was clear he wasn't leaving until the wee hours (he always does) so I told my mother I was going home for a day.

When my mother told him I was going and sister was coming he replied, "Good luck" (nasty)! Then he starts in with me about why didn't I come to him. I said, "1) I don't want you screaming on me and 2) you told me you were leaving SATURDAY. You're clearly not leaving today." Then he started in about how my sister can't do anything but sit with Dad and that Mom's got a chip on her shoulder with him, he implied that he might not return, then Mom started in on him. Dad started in. It was a scene. I hate scenes. So, I stayed.

Today was day-1 of two-person caregiving. I need my mother to sweet-talk Dad to do things he doesn't want to do, but it turned out alright. Mom wants to learn how to bathe Dad. We're setting up to do this on our own if we have to. My sister is coming Thursday night so I can have a 72-hour respite (more like 67, and yes I'm counting).

Is my brother ever coming back?
Can Mom and I actually take care of Dad on our own?
Will my sister prove her worth?
For these questions and more, stay tuned to: CONFESSIONS OF A FIRST-TIME CAREGIVER!

Oh, Mike.\r\n\r\nFirst, I soooo hope you are enjoying your respite right now!!\r\n\r\nAnd, the family drama can be so exhausting and time consuming. It's awful we have to waste our time managing the challenging personalities rather than focusing on our priorities. I feel your pain. :(\r\n\r\nI'm staying tuned! I'm anxious to read Part 9, which I hope will be about how much rest you got during your break.