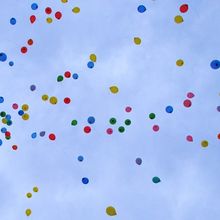 Well, we had our elder care geriatric appointment yesterday afternoon. It lasted over two hours and it was the best two hours I have spent in over two years!!

On this appointment, you meet with an entire team one at a time. First it was the RN, she did the normal, blood pressure, temperature, going over past tests, answering questions type of routine. She had some answers to some of my questions, like if she feels cold and piles on clothes and blankets, can that be dangerous in her overheating? The answer was usually not, if she is cold, she will be cold. Older people (over 80 or so), don't sweat much, if at all, so sweat is not an indicator of overheating. Who knew? Her temp was low, like 95, so she is probably cold when others aren't.

Next up was the pharmacist, who was a doctor of pharmacology. She came in, said she had reviewed Mom's tests and medications and said, We need to take her off her Metformin. My Mom has had her diabetes well controlled for almost 20 years. She has taken Metformin for probably 15 of those years. Initially, she controlled it with diet. The pharmacist said that her A1C of 6.1 was way too low for someone over 90. They have found that older adults do far better with higher blood sugars. They like the A1C to be around 8 and blood sugars to run 150-200. The Metformin can decrease appetite and affect memory in older adults. Again, who knew?

Next up, the geriatrician. She discussed letting Mom sleep in the morning as long as she wanted, I had been waking her by 9 as she would say don't let me sleep too late. The doctor indicated more nightime rest is what is best so let her "sleep in" but forgo the afternoon nap that she was taking from being awakened before she was ready to naturally get up in the morning.

We also discussed her incontinence. Although she only wore a diaper for daytime accidents from urgency, the night diaper was always used. Apparently, incontinence is not a normal part of aging. Again, who knew? She suggested she go to the bathroom on a schedule of every couple of hours during the day to avoid an urgency and retrain the bladder. She also said I did not need to check her blood sugar any longer, even though she went off Metformin and she could "loosen up" her diet, that she can enjoy whatever she feels like eating. On the eating front, she said, try the six small meals a day to not overwhelm her with a big plate of food at dinner time. Even if she wants mac and cheese at 8 p.m., let her have it, let her eat what she wants when she wants but aim for the higher caloric foods to keep her weight up over 100.The dietician who runs my pre-diabetes class wrote an article about feeding seniors and they suggested I ask her for that article. She is getting that to me soon.

Mom's B12 was a little low on blood tests, so they put her on 1000 micrograms a day over the counter. They said that could also do some memory loss if it was low. Again, who knew?? We currently take vitamin D and calcium anyway, so we keep doing that.

She said, let her lead the way on things to do and let her do whatever she feels she can do within reason--no skiing or pole vaulting. Also, have her do chair exercising, walking or generally moving whenever we can get it in on good weather days.

Now, on the me front. the doctor said to her, "Your daughter needs time to go exercise and do errands and you can't be left alone, don't you agree?" She did agree. The doctor told her I would be taking her to daycare at least three days a week for several hours in order to maintain my own health and be able to care for her. That I would also need to take some days off, like I did recently, and that was needed for my own health and well being. She agreed. I will be taking her to day care on Monday Wednesday and Thursday to do exercise and errands.

The social worker gave me a brochure for an iSAFE monitor. It is like life alert, but it actually talks to you when you hit the button. The operator comes on and says, What can I help you with Mrs D? and they can talk to one another. She can say, Please call my daughter, and they will and stay on the monitor until I call. This is for when I might need to leave unexpectedly. It is also shower safe. Again, who knew?? Also, here in the Atlanta area, there is something called AgeWise Connection. It literally connects you to hundreds of resources all in one place. They have a website and you can also call them to ask for something specific. Again, who knew??

Apparently, they were more concerned about me, as Mom does not need to follow up, but the social worker will be following up with me to make SURE I follow through with day care, respite and me time. They told me to call whenever I needed to ask a question, bring up a new symptom or anything bothering me, they are always there to help.

So, today she got up at 8:45, on her own. She ate a good breakfast (usually breakfast is the best meal of the day for her so I made a bigger one), then after she gets dressed I will suggest a nice walk around the cul de sac in the bright sunshine. Then we will try a little snack, maybe a slice of cheese.

Monday we start our three-day-a-week day care and I go back to regular exercise. I ordered the iSAFE so I feel safe in case I have to run out quickly.

I highly suggest anyone caring for an elderly person with multiple meds and issues to try to get to a geriatrician. They know all the latest research specifically for elderly. They said those over 80 definitely need a different approach to healthcare, and those in their 90's to 100's have yet another set of guidelines and primary physicians just don't have the time to know everything about each age group.

Now get out the confetti, blow up those balloons, bring in those circus clowns and let's have a PARRRTEEEE!!!!!

Thanks for the information you shared. I learned a couple of things from it. For instance, I knew seniors craved sugary treats, but now it makes sense. My husband asks for a coke and candy bar every time I walk out the door!\r\n\r\nTook my mom to a geriatric clinic once and loved it!

I am so glad for you that you had a very positive outcome from your appointment. What a relief to have so many answers, and know you have an informed and compassionate team to help in the future. They also supported you for all the excellent care you have done in the past. And also recognized your essential role in the process, what a cause for celebration, I agree! I also appreciate how you took each clinician's answers and clearly shared them with us here, because this is such a great forum to learn from one another. Your answers were a great help to me, also.

FANTASTIC ! Absolutly I am thrilled for you both. The dr. Approach is the one I know well, let your caree lead the way if at all possible. My grandma had a dr like that, and it was the best advice. Grandma was able to do all those things she wanted, eat and sleep in. It's exactly what our elders deserve and it's better than a rigid schedule, plus your getting the much needed respite time! So happy for both of you!