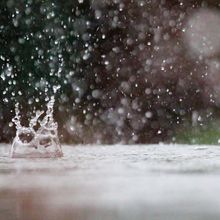 Do you have times when you're trying to solve a problem and you know it's going to take a few emails and phone calls, and you're dreading it, but wanting to get it solved because it's a stupid little glitch and you're just not up for it? And then, just when you've convinced yourself you're making too much of it, suddenly you find out it's not a little glitch, it's an all hell broke loose king of thing?

For some reason, whenever this happens, I get very calm. Little things I can be expected to fix. Big things, well... Sometimes I can, sometimes I just stand and smile and blink.

When I visited my parents last Sunday, Dad was writing out his check to Comcast for their internet service. I glanced and asked why he was paying Comcast $270.00? Sheepishly, he told me he had missed a couple of payments and, for some reason, the last payment was returned from the bank unpaid. He didn't know what was going on, but he was going to pay in advance. I suggested maybe we ought to find out what's up first. Mom kept saying he should just let her handle the checkbook. I was grateful Dad had lost a hearing aid.

I called Comcast. The recording said they were behind on their payment and their internet service had been cut off. Person (real human being person) couldn't tell me anything because I wasn't Dad. Told person I had power of attorney and could email a copy to them. Couldn't do it, he said. I'd have to go to the local office.

Cruds. Couldn't find the POA paper. Figured out I'd given my last copy to Kaiser. Went back to the assisted living facility with a new crisp copy for Dad to sign. He signed (much to Mom's chagrin) and Sr. In Charge of Finances notarized it for us. Dad shook his head and told me he was feeling his age and going balmy. He'd always handled the finances and never missed a payment.

I decided to go to the bank first and then to Comcast. Made sense. I was armed with a new hot off the press POA and Dad's request for the balance of their two checking accounts. Banker told me nicely that one acct was fine, the other was $1800 in the hole. Dad obviously had tried to pay Comcast with this account. But... What was up?? This account should have been fine, too. No way could they be in the hole.

I call Big Brother Who Handles Finances. Seems the facility overcharged my parents by about three times the amount they were supposed to deduct. Big Brother will handle it and I got to tell Dad he wasn't balmy after all.

Today, going to the eye doctor, it was raining and Mom had a cold. I figured she would cancel, but she didn't. She did insist on Dad coming along, which meant fitting two large walkers in my trunk and jumping up and down trying to get the trunk to close. We picked up my daughter with her suitcase and bags of groceries and stuffed them all in. She is house sitting at our niece's house. Niece's husband left early this morning to join his wife in San Francisco. Surgery for Jenny's cancer is on Monday.

Dropped daughter off at the house and drove the 15 miles to the eye doctor. Got there and realized Mom had forgotten her glasses and had lost her bottom dentures. Really. How do you lose teeth? All was okay, though, because she was just there for her macular degeneration check and injections. Started into the clinic and Mom started coughing. "Oh no," she said, "I just wet my pants."

Dad smiled sweetly, knowing a response was expected but without the benefit of a hearing aid said, "That's just fine, dear."

I just smiled, blinked, and didn't say anything.

I hope it's ok that I actually started laughing when I reached the part about your mom forgetting her glasses and losing her dentures (and it just got funnier from there!)... I suspect unless you've lived this, you just wouldn't find it humorous - or believable! I love that I've found this group - if you haven't lived this, you just won't get it...

Yeah. Any one of those items, significant or not, could have been an opportunity for things to go haywire. It appears that it did not. You and your family's resilience allows you to conserve energy. It's much better to be able to reflect on how you didn't over-react. Most people don't function this way. Great job, Goldie. (loved the part about getting your trunk to close on the wheelchairs. Priceless)

Love the way you handled everything Goldie! You are the best!