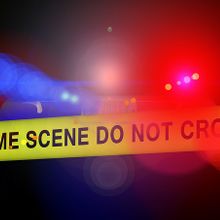 Lately, every time I visit my parents at their assisted living apartment, I find something stashed away. Contraband medication, like Advil, Mucinex, or Pepto-bismol, are hidden under couch cushions. An electric heating pad, obviously new, is stuffed in the corner of the closet. Mom and Dad know they are not supposed to keep medicines in their room and they know heating pads are not allowed. It doesn't surprise me that they would want to have this hidden stash, but the obvious question remains unanswered.

Where did they get these things?

My sibs are out of state and besides, I've lectured them enough. They know not to send medicines. My parents mail comes to me. Before a magazine goes over, I take out all the postcards that are stuck inside. They don't have debit or credit cards and I've stopped Publisher's Clearinghouse from sending anything to them.

I'm beginning to think there must be some sort of organized smuggling racket. In fact, I'm getting veeerrrryyy suspicious. The ladies were playing... poker the other day when I came to visit. While I saw no cash, the candies were piling up pretty high in front of one woman. When the activities director came by, one of them would sweetly say, "Go fish", and they would smile, but they weren't fooling me.

Then I went down to my parents room. Dad was just handing some candy bars to a young woman and saying, "You won't forget now, will you?" She smiled and left. Huh?

Dad always, always has candy, candy bars, chocolates, cookies, cakes, pies, ice cream, sweet rolls, and jolly ranchers. Every time we go to the store, he stocks up on all this. How could anyone eat that many sweets? Yet, he always seems to be running out. Where does it go?

Later, I saw the poker player hand over some of her winnings to a man with a violin case. When they saw me looking at them, they glared at me and walked down the hall. I had a strange feeling there wasn't a violin in the case.

I came home and saw the following news report: A massive surge in crimes committed by pensioners has sparked a 'grey crime wave' and seen offenses committed by over 65's rise 50% over the last 5 years. One 78-year-old man remarked, "I'm just trying to top off my pension." A group of criminals, age 60 to 84, robbed a bank and were caught 5 hours later. They hadn't made it out of town because they'd needed to stop several times so the elderly gentlemen could pee.  As an 86-year-old woman robbed a jewelry store, she had to ask the clerk to speak louder, then she stopped to turn up her hearing aide. She would have been caught had she not been armed with knitting needles.

There's a high school across the street from the Assisted Living Facility. Sometimes the older folks go for walks. Sometimes the students come over and sit in the gazebo. I can see it now...

"Psst! Hey kid, ya got any drugs? No, not narcotics, I get enough of those...I mean like Tylenol. I got some Milky Way bars and an apple pie. Tell ya what, come back next week with Ex- Lax and I'll have a whole bag of Snickers bars for you."

Or maybe I'm just imagining things and all this is very innocent. But... I still have the same question:

Where do they get all this stuff?

<a href='http://www.caregiving.com/members/terri/' rel=\"nofollow\">@terri</a>, oh how this made me laugh. Your post reminded me of the days when my grandmother volunteered at a nursing home. Once she was helping a resident put away some clean laundry and found a stash of rancid cream pies in a dresser drawer!

Great post, Goldie. Thanks for sharing the world thru your eyes.

Made me smile. My mom hides things sometimes. Dad used to come up with candy somehow, too.

Oh, Goldie,\r\nI love the way your write and I loved, loved the sound effects!\r\nYou certainly have acquired mindset of the addict's behavior. Others might find your scenario bizarre, but after all the stories I heard from clients in group therapy sharing their stories of obtaining and hiding their supplies--there isn't much that surprises me.