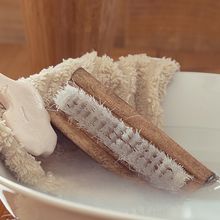 Back when I was a paid caregiver, one challenge I faced frequently was unpleasant, racist, obscene and abusive speech from some carees. Most of them didn't, thank goodness, but a few were real potty-mouths. With the dementia patients, I'd try my best to divert their attention, change the subject. Sometimes it worked. I eventually had to stop caring for two people -- one Alzheimer's patient, one not. I did this because they were obviously reacting badly to my presence. Something about me set them off, and it wasn't good for either of us.

Then, there were those who were physically frail, but mentally still together. Their condition was simple old age. People in their 80s and 90s. People who were raised in very different times with different standards for what was considered acceptable. My grandma is one of these.


It happens but seldom. Thank goodness. But she does occasionally pop out with a word which would've gotten my mouth washed out with lye soap. A word I taught my kids early on was absolutely not acceptable. We know it as "the N word". (Actually, no slurs are permitted in my family.) The only time my grandma uses this word is in reference to Brazil nuts. She doesn't use it when discussing a person.

The first time she said this in front of my kids (about 9 or 10 years ago) my kids were stunned. So was I! Ordinarily, Grandma is a paragon of gentility and politeness. After she left the room, I scrambled to do damage control. I reminded my kids that Grandma was very old, was raised in very different times, and that some things we simply don't do now were accepted back then. Which did not make that word, or any other slur okay. But she is their great-grandma, and it's not okay for us to get on her case. I told them, if you hear her say it again, try to ignore it. Looking back, I'm sure I could've handled it much better. I'm sure my kids were confused by this double standard -- cut Grandma a little slack but Heaven help you if I ever hear you saying that!!

In the time since, I still cringe on those (thankfully rare) occasions when she says that word. And I still haven't figured out a better way to handle it.

It's hard to know what to say to our grandkids when these things happen. My mom hasn't been easy, but she was never prejudiced. Then, when she was in rehab on a dementia unit, she described one of the male nurses and a great big n**. I had never, ever heard her use that word before! She hasn't used it since, thankfully.\r\n\r\nI remember working at a nursing home with an older woman who had Alzheimer's. I never knew how she would respond when I came in. Some days, she would start swearing at me immediately and not let up. I would walk out of the room, stand by the door for a few minutes, then go back in with a smile on my face and greet her as pleasantly as I could. She would be so so sweet, then tell me about the g** d*** b**** who had just been in.