Daily Dosing for Death - Can a Caregiver Stay and Watch?

Daily Dosing for Death - Can a Caregiver Stay and Watch?

Wren
(Today, we welcome Wren, who cares for her friend, to our blogging team. You can connect with her on her profile page: @wren.) 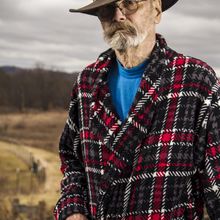 The caregiving of my almost 72-year-old friend, Jack, has continued to be a bit challenging. He refuses to stop drinking, and since his drink of choice is straight vodka, it’s killing him little bit by little bit every day. We have been going ’round with this for 13 years.


I don’t buy it for him, give it to him or agree with his choice, yet I cannot stop him from downing a liter and a half every two days. He’s still able to (on occasion) drive himself to the liquor store, or else he gets someone else to get it for him. I have poured it all out, right in front of him, when he’s gotten really mean on it, and boy--that really angers him. He seems to accept that I have boundaries about it, but he does not respect those boundaries.

I’ve written Jack a well-thought out, very civil and respectful letter (well, I think it is), outlining a proposal for an improved way of “working together,” provided he wants me to continue as his caregiver. He has refused to review it or even talk to me about it, and it’s been two weeks. My prayer is that he will acquiesce and devote some time to it so that we can continue, because I love him and care for him. But I have to take care of myself, too, and not allow him to have so much influence on the quality of both our lives simply because he refuses to address and treat his disease of alcoholism at all.

You can see in his picture that he has a gun. The fact is, he has several guns and shotguns, even a rifle, plus an extensive knife collection; but there's nothing I can do about that, either. They're legal, and he has a proper permit, which he's had for fifty or more years. He's never threatened me with any of them, but there's always this little quiet voice inside my head that says, "Stay alert, Wren. You never know what an angry, drunk alcoholic will do."  Despite my calling 911 a few times and officers coming out, they have never taken a single gun from him. He's so charming. They talk to him and he convinces them he's "fine" and wouldn't cause harm to himself or to me. If there's one thing I've learned about alcoholics, it's that they are about the most manipulative types of people on the planet...that and, usually, among the most charming and charismatic.

Jack's doctor has tried to tell him what his drinking is doing to his body (in particular, his bone marrow now), as have I, but the words fall on “deaf” ears with him. Nothing matters more to him than his next drink.

I’m sure there are other caregivers with “carees” that have a drinking problem, and I wonder if they have it as badly as I do, or worse? Options for managing this particular “mix” and type of patient are limited. The usual methods, ideas and strategies for dealing with or working with “difficult” patients do not apply to the dyed-in-the-wool, chronic hard alcoholic. There is no reasoning with them.

I’m afraid I’m at the place of presenting an ultimatum and sticking to it. The ultimatum is omit vodka, whiskey and any other hard alcohol, and pay me what he agreed to compensate me for taking on the responsibilities associated with him (when I am not his wife, lover/girlfriend or family), or go live somewhere else and find a new caregiver or system of care. He is not capable of stopping ALL alcohol and doesn’t get mean on beer or wine, nor can he drink much of those types of alcohol. I think I can manage things okay if he would at least limit the type of alcohol he drinks. I’d prefer he drink none, of course, but as I said before, neither his doctors nor I believe that is possible at this point.

Assisted living facilities will not take him due to his addictions to alcohol and cigarettes, and his doctor has determined he can no longer live alone. When he looked into a senior apartment complex one day when he was mad at my objections to his drunkenness, he ruled that option out because "They want a third of my income!" he exclaimed. Never mind that all other assisted living homes in this area require a minimum of two-thirds of his retirement income to as much as ALL of it (which is about $5,300 a month). No one else in his life will take him, and he doesn’t want to live with anyone else but me. However, he has decided not to pay me the modest amount we'd earlier discussed and, I thought, agreed to (which is about half his income) while he lives in my home and has 24/7 supervision and assistance. I MUST END THIS and nip his abusing in the bud. It's bad enough that he is abusing himself, but he's abusing me with financial control tactics, verbal violence and mentally/emotionally abusing attacks. It's wearing on me.

I know the names he calls me are "the vodka talking," and that the mean things he says and the cuts to my ego are "nothingness," but it still hurts to hear all that... to know he's okay with treating me that way. He even tells me I "deserve it." My spirit knows I'm not all the horrible things and ways he says I am but when he's most often the loudest voice around me, I hear it and it's stressful. I want to be treasured, shown love and respect, and truly appreciated. Can he do that, truly appreciate me, at least enough to sacrifice something like, say, a drink...a brainless, awful, smelly concoction? He'd rather lose me altogether than say "no" to alcohol and the numbing, pickling of his brain. When so many years of my life have included looking after his well-being, that stings. I think that is what hurts the most: knowing I come second to a liquid or a puff of toxic air.

He never smokes in the house because I have always forbidden that completely, but he drinks wherever he wants to. He tries to hide it from me, by going out to the driveway and sitting in his vehicle (all day). It’s not healthy, and we’ve tried to get him to see that and to stop the pattern, to no avail. I say “we” in reference to me, his doctors and a friend of his.

Jack is stubborn and strong willed, and tells me “I don’t negotiate,” like a little dictator, and he ignores what I say. I have urged him to reconsider his position and talk to me, work with me, compromise with me, make another proposal for ME to consider…anything…but he’s doing nothing. Oops. I can't say he's "doing nothing."  He's smoking and drinking, and over-cooking food he never eats, and he's wasting everything--including himself.

I bet he doesn't weigh 135 pounds and he's a near six foot tall man. His skin is so thin now it bruises at the slightest rub or touch, so it's black and blue and red and yellow, but nowhere does his skin look healthy. He bleeds everywhere, and itches constantly. I have to watch him throughout the day and evening because after starting with his first drink at seven in the morning, by ten he has trouble walking and teeters precariously through the house, and back and forth to and from his "clubhouse" truck in the driveway. He doesn't always make it to the bathroom in time and, so, he makes messes on the floor he usually makes no attempt to clean up (therefor, I do).

I’ve distanced myself from him emotionally somewhat over the last week or so and am not giving him as much attention as usual, and he’s noticed it but he has not budged, either. It’s like dealing with a three-year-old, stubborn little boy intent on digging his heels in at all costs, kicking and screaming and destroying anything that gets in his way in order to HAVE his way.

So far, I’ve been able to apply good humor, productivity, creativity, organization, prayer, love and more to this situation and am now looking to see what the solution is ultimately to be.

It’s difficult to watch him every day slowly kill himself. Loving him and telling him how lovable and valued he is has not made enough of a difference, either. He has stopped drinking vodka for about five weeks a couple of times, and things have been so very much better for him and with “us” all around during those times, but he keeps going back to it. (sigh)

Here's what's really scary: The only times he's ever temporarily either stopped drinking altogether, or cut out the hard-stuff, were times when he nearly lost his life. It seems it's the yo-yo teasing of Death he's addicted to. Just when he gets close to it, he gets scared and tries to reverse his trajectory. Once he believes he's out of the woods, it's back to Ms. Alcohol he goes!