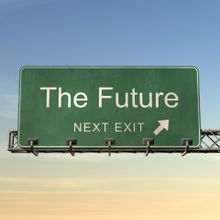 I always knew that I wanted to get married and have children someday. However, now there was the very real possibility that I would someday be responsible for my disabled brother, and did I want to bring innocent children and a husband in to that picture? Could I adequately give everyone the attention they deserved? Was that arrangement fair to them?

I first focused solely on whether I should get married. In comparison to the children decision, that was a fairly easy one. I decided that, yes, I did want to get married. I believed that as long as I was always honest and up front with the men I dated regarding my brother and my future with him, they would then have an informed choice about whether they wanted to stick around. We were a packaged deal and if they didn't want one of us, they couldn't have either of us. Yes, I may get my heart broken if I really cared for a man and he chose to walk away. I felt that was a better alternative, though, than he marrying me and someday resenting me or Dave and us ending up divorced.

Now the big one. What about kids? They wouldn't have the choice. They would be brought into this crazy situation whether or not they liked it. Not knowing what Dave's future needs would be or what it was even like to be a mother, I was really perplexed about whether I could balance children and Dave. I also felt it was appropriate to have an answer to this for the men I dated. What if I decided not to have kids and that was a deal-breaker for them? They had the right to have all the information about my future so they could decide if they wanted to be a part of it.

I ultimately decided that I was not going to give up my dreams of being a mother. For me it was more of a gut decision than a logical one based on fact, which is what I tend to be driven by. The more I thought of not having kids, the more unsettled I felt. I felt something would be missing and I would never be fully happy. My mom once told me that you make the decision as to the number of kids you have based on the number of people you want around your Thanksgiving table, not based on the inconveniences and challenges of infancy. I feel that applies well here. I want lots of people around my table. I want Dave but I also want a husband. I want kids. I want sons- and daughters-in-law. I want grandchildren.

Yes, it's going to be challenging. Yes, I'm probably going to want to pull my hair out and sit in a closet and scream some days. And, yes, I still don't have the answers as to how I'm going to balance everything. I know it will mean giving up some control and relying on others for help. I know it will mean being organized and planning ahead. But I know when I look around my Thanksgiving table, a long, long time down the road, it will all have been worth it. My heart will be full. 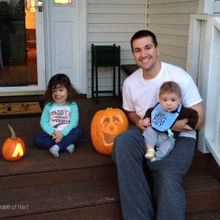 
What difficult decisions have you made about your future and did they involve sacrificing something important to you?

Thank you for sharing your story Laura. Yes, your children are so precious and beautiful! I agree, more pictures :) I love how you describe how you made your decisions, they are not the easiest ones, are they? You are teaching your children that family is important and respect for everyone in the family. It is wonderful to see you living your values. Let us know how to encourage you when the way gets tough! My husband and I moved in with my Grandmother and are renting our home to relatives - sacrificing much of \"worldly gain\" as we strive to help the relatives and Grandma without regrets :)

Hi Laura--Your kids are absolutely adorable. I hope you'll share more photos of trhem--they truly remind us of the gifts life has for us when we keep moving forward. It can be hard to see how all the pieces of our life will fit together. As you did, living our values helps us find the fit.

Thank you so much for your kind words! Parenting is tough without the added stress of caring for a loved one. Your heart must have been so full to get the validation that you did a good job raising your children.

Hi Laura,\r\n\r\nFirst, yes they are adorable! \r\n\r\nWhat a wonderful household you are bringing your children up in. You know what will happen? Some day, when they are in their 30's, like mine are, someone will tell you something that will make your heart swell with pride and you will know you made the best decision in the whole world when you decided you didn't care how hard it would be, you wanted it all. I was so lucky this week to have one of our caregivers take me aside and tell me how much love and caring she could see from the way my children talked to and took care of their grandmother when they were here at Easter. That is what your children will learn; love, compassion, the hard work of caring for a loved one and the importance of family. You can have it all and I think you are an amazing woman.