0
(Editor's Note: We welcome OldLampLighter to our blogging team today. Be sure to connect with him on his profile page: @oldlamplighter.) 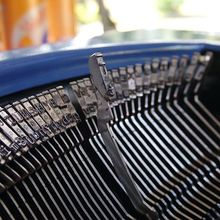 I am the primary caregiver for my 95-year-old mother. She is diabetic, has atrial fibrillation and advanced vascular dementia. Her short-term memory is almost completely gone.

When I moved here 24 years ago, I’d check on her every day after work. She was very independent. When she had her first severe episode with diabetes when she was 80, and went into the hospital for insulin regulation, our situation changed rather dramatically. She gradually became more and more dependent. She is now totally dependent on me and on several excellent part-time home aides who help us every day.

She is loving and kind, but dementia does strange things to the mind. I am the only sibling that could care for her. I moved into her house eight years ago to take care of her full-time. I do all I can for her because she loved her children and did her best to raise us under difficult circumstances. She would not last long in a memory care center, our experienced home aides tell me. I agree with them, and I plan to stay the course as long as I can.

I spent years on the field of journalism as a reporter and editor. Writing is an absolute necessity for me. For 20 years I have been an online journaler, but only since 2014 have I written a journal that deals with my life as a caregiver for a parent with dementia. I would like to start a dementia blog here at caregiving.com and will initially post some of my entries from 2018. I only wrote those entries every month or so, but when I did finally write an entry, it was often the synthesis of weeks of thought and preparation, including the posting of dialog between Mom and me at night after the last home aide left. My reporting years let me hone my note-taking skills. I include dialog in many of my entries. You who read this will be quite familiar with our situation once I have posted these previous blog entries.

This is what hear lately on the two-way monitor when I’m upstairs in my room and Mom needs something, usually extra cover or to use the commode by the bed. It might be 4 am or 7:30 in the morning. Oftentimes if it’s before 4 am, I’m up reading on my phone or iPad or on the computer working on my photos. I might be reading some of the magazines or books I have piled in the bed beside me. I’m in my comfort zone surrounded by books.

Sometimes that will be it, and she’ll forget why she’s calling for her mother, who she thinks is still with us. She’ll go back to sleep. But if she’s got to use the bathroom, I’ll hear the words “I need help!” This is really jarring, and I’m completely uprooted from whatever relaxing activity or reverie I was experiencing. I might not return to my room for 45 minutes depending on whether her incontinence was really bad or just minor. I never know, but it’s exhausting if there’s a lot of cleanup. That includes getting the Chlorox wipes out and going over everything with those. This may be at 4 or 5 am. It may be earlier or later. Needless to say it’s very hard to get back to sleep after one of those episodes. Most of the time I don’t even try.

Whenever she wakes up late at night or early in the morning and calls for her mother, who passed away in 1964, she has no concept of time. During the day lately she has been asking us where both her mother and father are. This is a fairly new development but is happening more and more often, as is asking what happened to my father. I tell her he died of cancer 25 years ago and that she took care of him.

One night I told her that her mother and daddy had gone to Heaven a long time ago. She responded, “I want to go where they are.” She has until now mostly asked about her sisters — if they are still alive and where they are. Again, the caregivers and I say they have gone on to Heaven and are in a better place. This calms her and momentarily satisfies her questioning. But these questions might pop up again and again over the course of several hours. Some people contend it’s better to say her sisters are fine and at home and she’ll see them soon, or we can call them, or some such thing, and then she’ll forget and be happier with that answer. But I disagree with that. On this I don’t think it helps her to pretend and act like nothing has happened. But it’s more and more evident how much she misses them and wants to see them again.

One time though, she asked about the sister closest to her in age, and with whom she often went shopping and out to eat when she was alive, but that sister has been gone since 1996. Her oldest sister died in 2003. When I told mom that she replied, “Why didn’t anyone tell me? Did I go to the services for her?” It scares me that she has lost so much longer term memory in addition to complete loss of short-term memory.

Mom is having a good afternoon after a very anxious morning. She kept saying she felt terrible, wanted to see a doctor, and that she was dying. She says this a lot now. I think if I was 94 I might be saying the same things. But all her vitals were good this morning. I gave her a sedative and she’s much more relaxed now. But when she gets that way in the morning or anytime, it makes me terribly anxious as well.

One never knows from day to day, or even from moment to moment, when “this is it.” She’ll often look at me and say very emphatically, “I’m dying. Get me to a hospital.” She’ll say this over and over but I’m sure nothing’s wrong with her. I have to continually reassure and try to calm her Then there are the times she’ll seem to be choking while eating, but she’s panicking because she’s having a hard time swallowing. Or she’ll start breathing fast and shallow suddenly. She’ll have a short panic attack. I then get extremely worried and agitated. Is this the time I’m going to have to call 911? I find myself starting to freak out while trying so hard to keep calm. But I have to remind myself she has more difficulty swallowing now. I have to realize she’s going to have brief panic attacks. Again, this is perfectly understandable given her age and condition. Almost as fast as these episodes begin she gradually returns to “normal” and is calm and grateful to us (me and the caregiver). That’s if things go well and her fear subsides. She can just as suddenly become angry, paranoid and accusatory. These are what I refer to as the“dementia storms,” and they can last an hour or more before the anti-anxiety drug kicks in.

I am home most of the time now with the caregivers since I retired nine months ago. What I have just described is one of the main reasons I couldn’t continue to work. That and the necessity of my being here to help the caregivers get her dressed and deal with her incontinence and the cleanup that involves — sometimes 30 - 45 minutes, as I mentioned earlier, when It’s late at night and I have no caregivers — and even with both of us working together non-stop it can take that long. The other afternoon I was completely exhausted by it. I often have to do this alone. I’m speaking for myself, but I think this has to be one of the hardest tasks caregivers face day in and day out. And it’s not something that clears up or gets any better. Sometimes it’s the straw that breaks the camel’s back, as they say. I hope and pray it won’t be for me. I hope that my strength holds up, my health and my devotion to this increasingly difficult, even unbearable at times, responsibility that I do out of love. So much of the time lately Mom has been especially sweet and tender toward me. When I come in the door she has this beautiful smile on her face and takes my hand and holds it to her cheek. “I love you dearly,” she tells me. “I love you, too, Mom.”

Thank you so much, Caring daughter. It really helps to know others are going through so much of what I experience as a caregiver and can relate to my situation. You’ve been caring for your Mom a long time, as have I. It’s amazing how we can pick up good ideas and suggestions from others. The “puppy pads” from Costco is a great idea. They don’t carry the regular incontinence pads, as far as I know, and which are quite expensive at the pharmacy. I get a lot of stuff for Mom at Costco and will look for those pads, too.