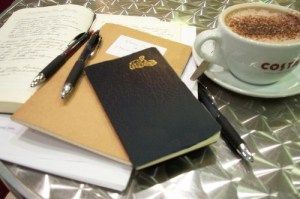 This has been a week of extremes with Mom. Most days she is sleeping all day and only waking in the latter part of the evening. And this can be a truly deep sleep wherein it’s increasingly difficult to get her to eat or drink anything. I’ve resorted to gently squeezing her under the throat to rouse her momentarily so she can eat when she’s in this deep sleep state. It’s times like this when it most seems like I’m losing her. When she’s awake she’s more confused than ever about where she is and who I am..

It’s painful to step back and really think about it, but over the years I’ve accustomed myself to incremental change, but in the case of Mom’s dementia it’s been exceedingly slow and gradual. What she is like now has become the norm, so to speak. Despite the severity of the dementia, I still see traces of the “old” Mom, but the disease has been with us so long I’m forgetting who that person was and begin to wonder if I ever really knew her that well. It’s not like we did things together or had long talks since my father was always so extraordinarily possessive and resented my presence from the earliest time in my childhood that I can remember. She tried her best to bestow as much love and attention on us children as possible (I am the oldest and have two younger siblings).

Most of the time, even in her sleepy state, Mom is so sweet and loving —95 percent of the time — so I’d say I’ve been lucky, but that other percent of the time can be terrible and Mom completely becomes some other person. It can be a very angry, mean, hateful and paranoid person. I’m increasingly astonished at how quickly she can turn on me. And it’s been happening near or right at bedtime. Tonight there were some firsts. She kept repeatedly telling me to shut up as I was getting her ready for bed and lashing out at me, making attempts, admittedly feeble, to slap or kick me. This frequent telling me to shut up is new. She’s never done that before. She’s also started saying I’m crazy or she’s crazy (she might be on to something) and that’s new, too. I tend to turn this around by laughing and making little jokes. Then I try to sweetly smile at her, but that feels fake and she’ll give me this strange look, and I’m thinking, “Maybe I really am crazy, crazy to be doing this.” Then she’ll look at me like I’m some alien from another world.

“Who are you?” she’ll asked demandingly.

Several times she said to me, “I’m going to kick you in your ass.”

I find myself saying something stupid in reply such as, “Now Mom, that’s not something a lady would say. (Mom’s a very refined and elegant Southern lady.) Or, I might say, “Mom, you’d better not say things like that or you’ll be in big trouble.” I’m talking to her like she’s a child, even if she is acting like one. That makes her even angrier, if she even comprehends what I’m trying to say. This is not “Mom” at all. It’s another person/personality derived from the gradual destruction of her brain, to put it in clinical terms.

I walked out of her bedroom with her shouting, “Mama, Daddy!” And, “God help me. Save me from this idiot.” (Again, she has a point.)

I have to laugh at some things she says or calls me when she’s in those awful states of mind (I hesitate to call them moods). What else can I do? Cry? But I seem incapable of that — one of the consequences of taking antidepressants, at least for me. Do I bang my hands on the wall? (This is more a possibility.). Do I bemoan the destiny/fate that’s led me to this harrowing nightmare of dementia and madness? How do I cope with my angry, mean mother when just moments before she was loving and sweet? No, of course I don’t take it personally, but that doesn’t really make things easier.

I don’t know. Maybe I’m running out of answers, as if there ever were definitive answers. I stay up until the early morning hours when she’s mostly asleep, trying to escape from it all in my books, magazines, writing, and the Internet while hoping and praying I don’t get like that.

I’ve just finished typing up this entry which I wrote by hand March 3 in my paper journal. I got Mom to bed late tonight and all’s quiet now. However, I never know how long that will last before I hear her loudly crying out to me or her Mama and Daddy over the monitor.

The days are flying by so quickly, and I’ve been so tired lately. I even took a nap yesterday afternoon, a real rarity because I don’t sleep well and actually dislike sleep. I always have been that way. A total night owl. Since I retired almost two years ago, one of the things I’ve most enjoyed is sleeping in late. I cannot describe how much I was made for that. And now, at last, I can.

One final note: I’m finally accepting the fact that Mom doesn’t appear to know who I am a good a good bit more often now. I think she knows my voice and steady, constant presence, but “who” I am can be a challenge.

She paused for awhile, then simply said, “I love you.”