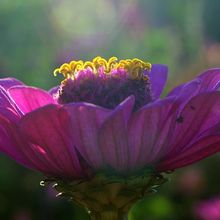 It is getting more and more difficult to write this Dementia Journal as I fear I’m repeating myself and rehashing some of the same thoughts and feelings. But continue it I must until the very end when Mom is at last released from a brain and mind grievously ravaged by dementia over many years now.

As she nears her 96th birthday, Mom doesn’t seem to know me or any of those close to her anymore. (I can’t bear to admit this.) She may gaze at me with her sweet smile but I don’t think there’s much awareness that I’m her son. “Who are you?” She frequently asks me. When I explain to her that I’m her son, she tells me she didn’t know that. However she seems to know my voice and my hugs. On some deep level she knows me because I am, after all, her son. Since she can’t remember names she’s calls everyone, including me, by the name of our first caregiver/home aide. At least she doesn’t have to even try to think of anyone’s name. It’s kind of sweet in a way because she uses the name “Judy” so naturally with everyone.

Mom is also diabetic and has nearly gone into comas twice from sugar lows out of nowhere in the range of 37-42. Normal blood sugar is 100. The times she had those lows were the most frightening experiences I can ever recall in caring for Mom. Fortunately I was able to give her emergency Glucagon injections and pulled her out of the lows without having to call 911. I honestly thought I was losing her during those two episodes. I never know when another will occur. Now we have Hospice so I can always contact them as well as 911 in any emergency.

Mom is also totally incontinent, almost completely immobile, and I must now do everything for her. She does occasionally still feed herself from packets of baby food that we give her three times a day plus two nutrition drinks. She’s losing weight even though she eats as much as ever.

She has atrial fibrillation for which she takes two heart medications, a diuretic and a full dose of aspirin as a blood thinner.

But most noticeably she is in the advanced stages of dementia, and I am nearing the point where I’m going to have to give her Ativan (we use the generic Lorazepam) every day now so as to try to ward off the worst of the fear, anger, confusion and paranoia of Sundowner episodes which are occurring more frequently now and at other times of day than late at night. Two nights ago she talked nonstop from 6:30 til midnight even after taking Ativan. I should have given her more because I was about at wit’s end. I try to be as patient as I can be but sometimes it’s too much on me and I almost literally run from the den to the living room at the front of the house and collapse on the sofa while she calls for her mama and daddy over again from the den. Mercifully this will often die out in a few minutes and I can close my eyes and rest for a brief period of time. We also have a supply of the antipsychotic drug Haldol in the event she gets totally out of control. That has not happened in about a year and a half, but I will never forget that night.

“Mama, daddy, come get me quick. I’m dying.” I hear this a lot now with the repetitions both numbing and depressing. “Where am I? Take me home.” She says this a lot, too. In fact she is obsessed with dying in as much as her brain is capable of engaging this concept repeatedly. So she’s afraid of dying and yet seems to be ready for that event. I can’t really figure out what’s going on. I’ll always remember that night back in March where with lucidity she kept saying she was ready to go and be with God.

The other night at bedtime, the bowel movement and incontinence seemed endless. As soon as I thought she’d stopped and I had finally cleaned her, it would start again. I heard myself self-pityingly saying, “Why me? Why me?” There’s no answer for that. Finally when she was through using the bathroom (figuratively since she uses a portable commode), I get her in bed and then have to attend to the two pressure sores that are so difficult to heal. Once again medical grade honey or zinc oxide cream and foam bandages. Often, too, this whole bedtime process can yield a scrape against the arm of the commode and a rivulet of blood comes down her arm or leg that had to be bandaged. Her skin is thin as tissue paper. I’ve got boxes and boxes of bandages of all sizes and description.

I write all this not to garner sympathy or pity but to let others know what caring for a loved one is like who has dementia, plus the ravages of age. As I mentioned, the dementia is getting worse and she will often actively try to fight me when I attempt to feed her or give her her medications. I’ve developed strategies for coping and dealing with this, too. Sometimes I get very angry and impatient and say things I wish I hadn’t. Other times I’m silly and try to joke with her. But what ultimately works is calm, steady assurance that I am trying to help her and that I love her. One night after trying to grab my arm and scratch me and pull my hair, I spoke to her softly and the next thing I knew she was gently patting my arm and thanking me.

I never cease to be amazed by Mom. Yesterday morning after a horrible night during which I thought I was going to lose it, I went into her bedroom to begin preparations for getting her up and ready for breakfast. To my astonishment and delight she seemed almost like her old self. She had been lying in bed awake looking all around. She was happy and excited. She wanted to redecorate her bedroom. She asked me what we should do about the small chandelier, what new flowers we should put on the nightstand. Everything looked beautiful to her throughout much of the day. She was loving, kind and sweet and complimentary of everyone.

It’s amazing how the mind is capable of recouping some of its powers even if it’s just for a short time. When Mom is happy and content, I can’t tell you how happy it makes me. The right order of things seems to be restored. The terrible mental pain and suffering of dementia is temporarily blown away. The mental fog has lifted..

I know these times of clarity and light won’t last and so I have to steel myself for whatever lies ahead. I try not to imagine what the worst aspects of that could be. Who knows? I just hope my health holds up.

Late at night after I’ve gotten Mom to bed I sit out on the porch with just my thoughts. No phone or other distractions. I almost compulsively relive some of the decades-old mistakes and terrible decisions I’ve made. I seem to have to do this like the ancient mariner in the Coleridge poem. Of course this does me no good, but one job-related event in my past was so horrible I seem to have some kind of perpetual post traumatic stress about it. I’ve been plagued by this for years. And then I get the awful idea that my unending stress and the preoccupations of caregiving are penance for past mistakes and sins. But I try to rid myself of those destructive thoughts and concentrate on the fact that I have been privileged to care for Mom these many years. Just as I was once helpless and totally dependent on her, she is now helpless and totally dependent on me. The joy she still finds in flowers and things of beauty remind me that none of this has been in vain and that we are all eventually called to sacrifice deeply. I knew years ago that caregiving was a sacred mission I could never turn away from. I hope I am able to continue doing the job.

My dear Mom had Alzheimers. She went through the same Dr. Jekyll/Mr. Hyde phase as your own is. This phase was absolutely the worse with personality changes and sundowning. I moved my desk to be by her bedside from 9PM to 3AM. At least for my Mom, she was less difficult if she saw someone was around. A quick pat on the arm or an answer to her many questions was sufficient. I kept some small lamps on so she was less inclined to see monsters coming at her. In the daytime, her charming side would return. In fact, she regressed and thought she was still a child and I was her mother. It's gratifying and heartbreaking when your parent calls you Mom or Dad. \r\n\r\nThe hardest and most exhausting was controlling her volatile emotions. People underestimate the emotional and psychological strength that caregiving requires. OL, you will be far stronger afterwards than you are now. Know that your Mom does know what you are doing for her. She may not be able to express it verbally. Her love and gratitude is there in her complete trust, her obvious contentment and her happy smiles. You may not believe you're coping or doing well, but you really are.

Good morning OL -- I so look forward to your updates because they are an amazing glimpse into a caregiving day and night. You are so honest which is why you are not repeating yourself. With a blog post, you create a film for us to see what it's like for you. I'm grateful for that. Your description of what it's like to look back with regrets is particularly powerful. When we're so tired and depleted, it's so hard to look back with forgiveness for ourselves. I hope that peace from forgiveness will soon bring you comfort during those difficult moments. \r\n\r\nKeep writing to us!!