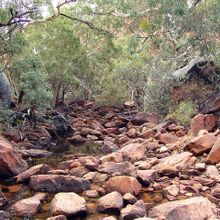 I wasn't feeling good, well, haven't for about two weeks now, the coughing, blowing of nose and interrupted sleep from the bad smokey air in our area has got me. I keep plugging along. I took one day off from work to visit urgent care, on a Friday of course! So I am taking the best care of myself but keeping up meals for Elly, basic chores to get clothes washed and trash out.

I just can't escape the inevitable question from Elly, just about every day, "Where's my checkbook?" "I want my checkbook back." I do present the facts because she doesn't believe that she is having trouble keeping track of it (lost three times in as many weeks). So, today's conversation started with a tirade at me for holding the checkbook away from her. When she finished, I stated that she had agreed to let me have it and we would work together on bills. For the first time, Elly was able to express that she is feeling pressure from us. The pressure comes from her feeling like AH doesn't like living here anymore. She brought up an example where she scolded AH for wanting to trim the big trees out front and she insisted a professional needed to do it, "this was to keep him safe."  She was pretty mean to him that day.

I stood up to her on how she treats AH and is rude to him. Somehow we got to the topic of rules. Oh my, she doesn't believe there are rules in her house for us to live by, so I started reciting all the things she has told us: No TV in the front room, furniture may not be moved, cleaning may be done when she approves, AH can't sit wherever he wants at the table, etc. She was taken aback! I also explained how she turns lights, and fans off while we are still in the room, regularly! I specifically mentioned that we did not take offense at that, it just showed how her habits are ingrained into a routine, regardless of where we are in the house. She wasn't aware that she did that to us.

Then the conversation turned a corner to me asking Elly about what she wants done with her things when she is gone. Did she want to give people certain things? Would she make a list or put family member's names on items so we would know? She couldn't wrap her mind around that--just let everyone take what they want! I gently explained that most of us would like to know what she would like us to have--something maybe like a card with a message for each one of us. Elly got teary eyed at one point because we began to talk about how she had to handle her mom's things, then her dad's things. We were involved, directly in gathering her dad's things from the house and property so that the items would be given to Elly's siblings. It was not an enjoyable project since several siblings were not particularly nice about how things were divided. That was in 1991 and we were living in her parent's house at the time getting it ready to be sold.

Another part of this two-hour conversation had to do with our caregiving for Elly. Elly has this victim mentality about "being a burden". While she is grateful that "you decided to come live with me," it doesn't match up to the reality that she couldn't live on her own and SHE decided to accept our offer to live with her so she could stay in her home. We talked a bit about her declines, she is frail, not strong, the fact that her knee WILL give out any day now, means that she may need a transfer chair or wheelchair. I told her that we were committed to making the house work for her in that condition. She pushed back that idea and said she wouldn't want to be a burden. I told her that little by little, she has been unable to do her usual chores and that is part of caregiving that she must accept, it's not a burden. I also spoke about the possibility of needing a counselor to talk to in order to accept the caregiving needs so that there is much less pressure on her.

I kept the conversation light and let it flow so that the words spoken by me would sound like love. I am beat, that took so much effort and I was eager to hear her say how she was feeling and see if she would recognize her part in the pressure she was feeling. When we were done, she seemed to be satisfied and happy.

The outcome Elly wanted was for us to slow down, don't push past her in a rush and speak to her when we want her to stop doing something. We have bent over backwards to not run over her! I tried to explain this to AH and didn't say it right. We already do those things she asked, but she doesn't listen to us or remember how we cajole her sometimes into washing her hands with soap or to go back to her chair because it's not safe for her to lift the dishes. She doesn't "get it." It came out to AH that I was telling him that he doesn't "get it" and needs to change the way he treats Elly. I blew it, couldn't find my way out of it, couldn't agree with what AH heard but couldn't say the right thing. He already was angry. We are both having difficulties at work that we can't change, it's just the way things are going. I understand that and find that I can choose not to take the work stuff personal--so can AH but when one of us isn't feeling well, can't talk straight, one of us is on edge from work, well, it's a disaster. We feel like we should throw in the towel, just give up! Elly CAN'T change so she deserves to be dropped off at the "Home" where she says she should go anyway because she's "a burden."

But, we don't throw in the towel, not yet. Why? There are more good days than bad, there's a feeling that this is where we should be, still. There will be an end to this craziness and we should be able to grow through it, tears, anger and all. It's just hard to understand the big picture.

Thanks for sharing a very complicated, difficult, and intimate part of your life. Thank you for taking the time to put your thoughts into words and including us in your journey. I cannot applaud enough the fact that you made an intentional effort to have a conversation with Elly about these hard subjects, in spite of her memory issues and how you know her perceptions differ from reality. You continue to show her gracious respect and ultimate patience. I'm sorry your resources were low by the time the conversation was translated one more time to your AH, and hope by now that bump in the road has been negotiated since some time has passed. I can clearly remember my mom's response when I had taken her checkbook away after repeated times being lost (hidden) and her dementia led her to tear checks out and rip them up. When I reminded her of this, she looked at me with complete disbelief, as though I was positively lying. It's hard to keep your cool, and YOU ARE DOING IT.

Oh how this senario rings similar. Our hardest days of caregiving were when we were both siulatniously at our limit and communication goes haywire and we would snap at each other. i guess the good thing is you recognize it... that's about all ou can do sometimes. I hope today is a better day for all.\n

EGD you do an amazing job with Elly. This road is never a smooth easy ride, the twists and turns can be as treacherous as a narrow steep road on the side of a cliff. I have a couple of words of advice. Making Elly comfortable is certainly noble, but be careful to carve out enough couple time without Elly. Find a sitter or whatever you need to do in order to get time during your \"down time\" from work to enjoy yourself, sans Elly. Make it a priority.