0
After my mom’s last decline, one week hospital stay and two week rehab stay, I had to figure out a way for her to let me know she needed me because I could not be by her side at all times or I would get less done than I normally do.

A friend of mine gave me a small cowbell and for the past two years my mom has used the cowbell to let me know she needs help, I forgot to give her the meds or a million other little reasons to ring it.

Lately my mom has not been carrying the bell with her, she leaves it on her bedside table, chairside table or on the vanity in the bathroom.

One night I was talking to my son about a wireless doorbell that I had purchased for our front door because the old one bit the dust.  Between the two of us, we decided we didn’t want a doorbell. At that moment a lightbulb came on. Or someone rang my bell.

I had the great idea of putting the doorbell on my mom’s walker! So, that’s what I did. The actual doorbell button had a sticky back tape on it so using that and some more heavy duty sticky tape, I attached the doorbell button to my mom’s walker. I put it halfway down the walker; that way if she was on the floor, because of a fall, she could still reach it. I plugged other part of the doorbell that makes the noise in in the hallway, which is the center of the house. After getting it all set up my mom had me go in each room to see if I could hear the bell.

It’s only been a few days since I put this to work but already she has used the bell a few different times. It’s very handy, it was cheap, the actually doorbell was only $12.99 on Amazon and my mom is happy with it. The only thing I have to worry about is keeping extra 3 volt batteries on hand.

I have attached a few pictures. 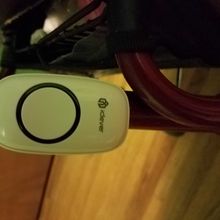 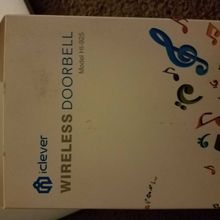 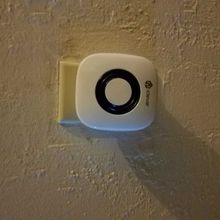 What a great idea .....what you have to come up with when you need

Necessity is the 'mother' of invention (pun intended, I suppose)!

Great minds think alike! We used the same thing. Had one velcroed to the bathroom wall and a mobile one for her bed tray or side table, wherever we parked her. i had an unused one from previous place I lived in. I put it on our website that I made before I found this place)... http://www.caregiving.support/tips-and-tools