Disappointed In Oh So Many Ways

Disappointed In Oh So Many Ways 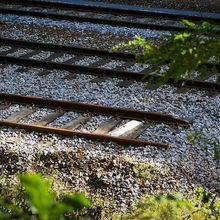 I'm so disappointed, which when you add that to the frustration, general anger, and the everyday fear that caregiving brings it's enough to make a person go to pieces. (Warning: this post contains a word some may find distasteful).

If you've been following along you know that I was very hopeful about the new care facility being built just a few blocks away from my home. So after months of correspondence with their home office in KY the "sneak peek" event finally happened last night.

Place is going to look great. They have a great executive staff - two of whom I know - the areas of care are set up as neighborhoods and the dementia/memory care unit looks fabulous. They will be Medicaid certified but that's where the disappointment comes in.

They actually expect me to place my mother in an environment where the staff isn't trained in her condition, in an area where she could wander off onto a busy street and oh well that's just the way it is. Maybe the reason this company is so well rated is because they refuse to deal with difficult cases.

So I'm back to trying to find a place. Problem is the other places in town aren't well ranked by Medicare.gov and no one I have spoken to would put their loved ones in them. The next closest well rated one is 45 minutes away. And it is an older facility that looks and feels like an institution which I don't want for her.

We have no idea (yet) how many hours Passport will approve for her should Medicaid be approved. The guy who did her assessment keeps saying he will ask his supervisor but it's been almost a month and nothing.

AND THEN when I met with the ombudsman to go over the Medicaid paperwork - because "overwhelmed" is an understatement - she tells me that when Mom donated her car last year (a care she hadn't driven in over a year that we had to jump three times to get it to move) Medicaid will "not like that" and will in all likelihood withhold benefits until she has accumulated the $1200 worth of services as "pay back" of the amount credited to her by way of donation acknowledgement letter. Can you imagine? She donates her car to the high school's automotive program and they are going to punish her.

AND THEN when I met with our attorney about an irrevocable funeral trust he said she didn't have enough in her life insurance policy to make that worthwhile and that we shouldn't worry about it because the insurance company would have no problem changing the beneficiary to the funeral home. So I called the insurance company. Guess what? Nope. They don't do that. The ONLY thing they will do is cash out the policy and send her a check. Which, HELLO! means that in April 2019 the lovely people at the IRS will want their cut. And we pay that how? With what? By then there won't be anything left that Medicaid hasn't snatched up.

Sooo, tomorrow morning (while she's still in bed 'cuz that's the only time I can do anything) I have an appointment at the funeral home to set up all of the arrangements so that when the insurance company releases the money and I pay them Medicaid won't have a fit. The director is going to have the staff member who specializes in Medicaid sit in so MAYbe there's a way out of this mess.

BUT THEN we are still waiting on the idiots at TIAA to recognize the validity of the POA and release the paperwork so that we can get that mere $1300 to pay for the in home care. Oh, and the bank's online statements only go back 2 years... so had to go to the bank today over my lunch hour and request that they print out all of the records from Jan 1, 2013 to Jan 31, 2018 BUT they may not be ready by Friday which is the submission deadline BUT if I want an extension I can't call to be granted one until Friday - and you have to leave a message and they have 48 hours to call you back. SO you can't call for an extension until the day the paperwork is due but they have two more days to call you back and let you know by which time you will have missed the deadline and therefore be denied.

Disappointment everywhere you turn. The system is broken. It is failing our families, our loved ones. We're all caught up in it and we haven't any way out and not only is that disappointing it is (say it with me now):

I am so sorry you have to go through this - I am overwhelmed just reading it. I know this doesn't help at all, just want you to know you are heard. With the amount of people going through this in the US on a daily basis, I don't know what it's going to take to change our current system. My theory is that the people who make the laws and can change this have the monetary resources to not have to go through this with their own parents, so don't get it at all. The caregivers struggling with this are too exhausted to organize and bring pressure on politicians. Would love to see \"A Million Caregiver March\" to bring attention and call \"BS!!!\"

Wow..I don't even know where to begin. I think you called it pretty accurately. So sorry about the hoops and frustration.

Ahrg, how terribly frustrating! It sounds overwhelming. I admire you for hanging in there through \"thick and thin\" despite it all. I want to be as strong as you are. It's a marathon of endurance and you are running it with great courage. I hope some of this soon turns around in your favor. Keep us posted. Sending best wishes...

The fact that you know all these impossible details shows you are still fighting on behalf of your mom. I can sure understand your disappointment but it isn't stopping you from keeping her as the focus.

And... I hate to tell you this, but you have to go through this every year for their continued Medicaid coverage. I was lucky in that my brother-in-charge-of-finances paid a Medicaid consultant to help us get everything together. However, since my brother lives out of state, I was the one to get paperwork together, gather bank stuff, and yes, we also had an issue with the car. Fortunately (?!), the car had been sitting for 3 years and had gone through our major hailstorm (3 inch hailstones) and was literally worth nothing... we had a mechanic's statement. The biggest problem was my younger brother had taken my dad to the bank several times and Dad had cashed out money just so he'd have cash on hand - like $600. Of course there were no receipts. Their benefits were also delayed because of it.