Do You Put Lemon Rind Down Your Dust Buster?

Do You Put Lemon Rind Down Your Dust Buster? 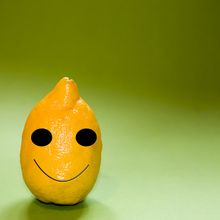 Here I am out-of-state, sleeping on something like a couch getting ready to leave my mother's house today. I'm up. Can't sleep. I came with my honey who is lying on an actual couch which no one can get out of, not even my mother. She's getting tinier by the minute.

We drove here after speaking with her on the phone about how horrible things were and it seemed she was getting worse. She didn't want to go to the hospital and I agree. We've known so many people who get worse (or worse) when they go there that we all try our best to stay away until we can't. Believe me we still go but have pretty low expectations. And especially where she lives. The last time I took her to the hospital I hadn't been there in a long time. She never fails to remind me that when we arrived I declared in a Betty Davis voice, "What a dump!" totally embarrassing her. Though it did make her laugh. But it's true. It's disgusting and doesn't inspire confidence that anyone will get healthy. I don't think they've touched the hospital since the 70's.

But when we arrived at the house this time she was miserable. She's lost a ton of weight. Now that it's been a few days she's taking a new med, feeling stronger, less pain and nausea and no longer on the path to the hospital. She's eating a little more each day and last night had a little fish, some potato and a few green beans. I canceled a bunch of appointments so we could stay a little longer but we've got to get back and resume the medical grind for the honey.

I've noticed her memory is getting worse though and I"m concerned for her future. We tried for years to get her to come live with us but she wouldn't. She's very independent, and likes her home and privacy/aloneness. She does have a pretty good life when she's healthy, going to public lectures, concerts and plays at the local college. Not as often as she used to but still gets out. And she loves her little dog which she got so it would force her to go outside for walks. Before this event which has been going on for over a month and hopefully is subsiding she could walk farther than me even though she has a number of painful physical problems.

But I'm really worried about her memory now. She's forgetting things we talked about even during the day. I don't know how I'll handle any cognitive change if that's in the future. Maybe she'll remember better when she's more active again. We're all exhausted and she's stressed which probably contributed to her recent medical problem. Maybe she'll improve when the stresser leaves her house (not me).

So last night I was taking care of some things for her around the house, fixing, cleaning, doing dishes, and said, "Do you put lemon rind down your dust buster?" Well, I tell you what, she was on the "couch", took a beat and then we both started laughing uncontrollably. The kind of laughing where when you stop, you think of it again and start laughing just as hard all over again. It went on for some time and when she went to bed she brought it up again. That hadn't happened in a long time. It was so funny. And I wasn't trying to make her laugh - it just came out when I was cleaning up after dinner.

now I don't know who's brain is disintegrating faster.