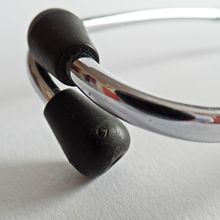 I don't know if anyone else had such harrowing experiences dealing with healthcare for the chronically Ill with several serious illnesses at the same time. As i have a few days to think and re-assess my caregiving responsibilities I'm reflecting on the past few months. Did you ever want to drop-kick a doctor? Or perhaps the whole team? Did you ever look at the team of 12-year-old med students and think to yourself how can they possibly begin to comprehend what is going on, especially since they are only on this rotation a month for neuro and the next for cardio and another for arthritis?

SIL has so many serious illnesses and her hospital is a teaching hospital. The surgeons and specialist are the best of the best but bedside manner and individual care left a lot to be desired. The last go-round she got seen by several specialist playing hot potato with her care and not one team spoke to another. Forget about her primary, the woman had no idea who SIL was, she has 600 patients. Every time she got admitted to ER it was like each new team got a Rubik's cube to play with. Her regular specialist were not who we saw at the hospital ever, primary never even knew when she got admitted even though her office was in the same building. The only ones who knew her were the pain management team!

The last procedure was to remove a hematoma from her cerebellum. So basically a pocket of blood in her brain. It took a month in the hospital to diagnose, and only because her behavior I insisted on an MRI because she was acting like she had a brain tumor (I'd lost my dad and my granma to brain rumors, believe me, I know the signs) the attending thought I was nuts. It was nice to tell him later "I TOLD YOU." Neurological team said, yeah, once you see that, you KNOW.

It was really nice when they tried to release her two days later saying there was no medical reason to keep her although she was hallucinating. That was fun. The ONLY reason they kept her another day was because I had finals and THAT they understood. What is wrong with these people? Five days later she fell again and back to ER where they had to put her under anesthesia and on a vent JUST TO DO AN MRI. She almost died. On Christmas Eve, they told me to make THE calls. Her blood pressure was dropping. I'm there yelling at everyone who'd listen that we need an after-care system in place and I need a bed at home and some sort of home help and they tell me her blood pressure is being artificially kept up and she's vent reliant. She pulled through. Personality completely changed. She goes from hyper manic to comatose. Still hallucinating. She does walk and talk and eat and all but she's not the same person.

Unbelievable but during this period we also moved a five-bedroom house to a six-bedroom house ourselves. I literally had no idea when they were going to discharge her, so the first thing we set up after we moved was her bedroom and a couch for me in case she came home. We had no choice, lease was up and was not being renewed. Thank God this house is so great to almost be worth it. Also, my three kids and I had finals all during this period in December. In the span of three weeks, she was admitted to hospital, we moved, we had finals, Christmas, then she almost died and we placed her on hospice. New Years Eve was great because hubby got laid off too (he got another job, better pay, already) but yeah, wow. As I write this if somebody told me this story I'd call BULLS%$*. lol But I swear it's all true. My hair did turn grey overnight. Hmmm, I wonder why? Passed all my classes, 2 As, a B & a C. Algebra will get you every time!

I'm on a blogging frenzy, but it's so cathartic to get this out! A weights been lifted. thanks for the read and thanks for allowing me to vent!

Hansologirl, I jumped over here to read your blog on doctors as you suggested. It is so refreshing to read about somebody who has had similar experiences with doctors and medical staff. I worked as RN before retirement, and had thought maybe that was why I had become so squirrelly about my Mom's care. I know how it should be done! Back in the day nurses were trained very very strictly, and I could not even let my hair grow down onto my collar, and we were sent to the bathroom to clean our shoes if any scuffed area. So many nurses seem not to be trained to serve the needs of their patients. Add to that just sheer disinterest, and we have serious problems in the health care field. The last time Mom was hospitalized, I felt like the nurses were much like the movie \"Stepford Wives.\" They seemed to be stumbling around in some sort of trance-like state, and they managed to never answer a question directly nor did they give a prn (as needed) med until you reported them. Why? They have to do extra documentation for prn meds! I have culled doctors until she now has a good one, but sometimes has the clueless ones on call for him. I have fired those docs who wanted to take her off blood thinner because \"the tests are too expensive.\" I bid adios to one who kept her waiting 2 hours in his office while he took two handcuffed prisoners ahead of her--her appt. was ahead of theirs. Almost forgot the one who kept wanting to run expensive tests she didn't need on her at 7 am...I do not ever drag her out in the cold that early unless it is an emergency. Sorry I got carried away--feels great to find those with similar life experience. I cannot tell you how much I related to this post.

<a href='http://www.caregiving.com/members/worriedwife/' rel=\"nofollow\">@worriedwife</a> I know it, it's horrible. When my dad got sick (passed in 2002) it wasn't like this. Maybe things have changed? But my mother in law was in 2011 and nothing like this. I was there and involved and there has been nothing like dealing with dr. &amp; hospital for SIL

<a href='http://www.caregiving.com/members/trish/' rel=\"nofollow\">@trish</a> yes, yeah, I agree about having an advocate for sure, been told several times shed not be here without me, but the pressure is enormous! I've read some of your blogs..wow I do know the struggle of not being sure what's best! For my SIL I know home is best only because I've seen the nursing homes here and what they've had to do in hospital...she's be restrained and heavily medicated because #1 her medication has to be adjusted continuously on the fly and #2 she is willful and not always \"all there\" so she wants to do what she wants and it can me harmful for her to walk without supervision. #3 she's only 53 so it's not like she will enjoy peers or activities they would have there....plus it would be 2 to a room and I'd feel so sorry for a roommate! Luckily the ER team here knew us so began to just go by what we thought, it was when she got to a room everyone became deaf. And while we're there the whole team would change because of med school rotation so there you go again...explaining everything to a new set of dr. And them starting from scratch....yet again! You are doing such a great job with your brother also! I really Know exactly what you're going through!

@nerdydoc haha, see, the old guys were the best, they got it, been around the block. Then I hear they're not even teaching geriatric medicine in med school....wow. My SIL is not even geriatric, 53 but looks 80 so always reminding everyone she wasn't old.Idk how many times I had to teach common curtesy to the myriad of med students seeing SIL. Of course I got them to talk to me right because I just went straight to the older guy, and I know enough lingo not to be treated like an idiot or talked down to. I've ceased having doctor-awe a long time ago...lol after 4 grandparents who made me attend their appointments and my dad,so I could explain wth the Drs were even saying I found out you guys are only human with a shit ton of schooling. :) you poor guys don't have all the answers. I just use my mad Jedi skills to render your kind motionless, blaster stays by my side....my light saber however, could come in handy......the force is strong with me heehee, hokey religion is my secret weapon!

<a href='http://www.caregiving.com/members/mariakeil/' rel=\"nofollow\">@mariakeil</a> oh yeah, I know, so many stories. That blog was only the the last go-round. I swear they are letting dummies in med school now. The older staff was on it, but getting to them took 3 sacrifices at a ceremonial alter, 15 Hail Marys and a letter from the POPE! I feel sorry for the PCP because their loads are outrageous, but your FIL at least should have an IN with his! I heard recently that in med school they are getting no geriatric training at all. :( my sister-in-law is only 53 and she has more stuff wrong with her than all 4 of my grandparents and her mother combined. I don't even expect a cure, just talk to each other and find out what to do, not hot-potato, this parts clear, now YOU do it. All morning been having a go-round with insurance because since she's on hospice they don't want to cover the expensive medications.