It Doesn't Matter, But I Wanted To Know

It Doesn't Matter, But I Wanted To Know 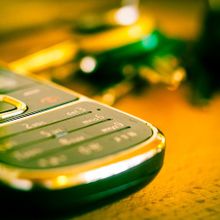 I just got the phone call I feared I was going to get. The call from the funeral home letting me know that Dad's cremation was completed Monday--two days ago. They called me two days AFTER it was done. To let me know they had all the paperwork and ashes and stuff ready so I could come and pick everything up.

The problem is, they were supposed to call me BEFORE it was done. A week ago, they asked me if I wanted to be called "just before" and I said yes. I watched them write it on the paperwork. I talked to them again on Friday afternoon as a reminder. At that time they still weren't sure when it would be, maybe Monday, they would let me know. And yet somehow they forgot to call.

I wanted to know when it was going to happen. I wanted my thoughts to be on him at that moment. I wanted to pray for him during that time. I wanted to somehow continue to be right by his side, during this passage. Just as I was by his side during his last breath.

But in my heart, I hurt.

I wanted to know when it was going to happen, so I could be there in mind and heart, one more time.

I just wanted one more time to be with him.

It did matter. It does matter. i wish I could turn back the clock and change the outcome for you. Thank you for sharing this with us.

They asked you, they wrote it down, and then they ignored this? I know you let them know how disappointed you are. Why would they ask if they weren't acknowledging it does matter?\r\nWhen our son was born, we were asked at least 20 times whether or not we wanted him circumcised. We said no, over and over. So they woke me up at 1 am to ask me to sign the papers. I said no, we aren't doing that. The nurse went white. They had almost done it without my signature. Almost.\r\nMaybe most people wouldn't care if they were called before or after the cremation. Maybe, at the time our son was born, most baby boys were routinely circumcised. This doesn't let them off the hook. This does matter!

I'm so sorry this happened.