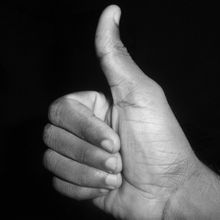 I apologize for my lack of entries, to be honest there hasn’t been much going on. Just the same ole same ole.

Gramma finished her PT and OT back on June 19 and they say there is nothing more that they can do for her. They’ve given her the tools and now its just up to her to use them and she has. She has been working hard at them and is doing so much better than she was.

She still has issues with her hand and on some days its just worthless, her words not mine. But I know her and she isn’t going to let that slow her down. She’ll continue trying to use it and there are times when I have to make her stop and I do what ever it is she needs because I know she’s just hurting herself.

We didn’t hear anything back from the physical therapy wing but we didn’t really expect to and we also think the information didn’t get passed along to who it needed to. But we do know that the woman who cause the injury to Gramma’s hand is no longer there.

She had a doctor’s appointment yesterday and he’s thrilled with the way she is doing. She only uses her cane because has a bum knee that flips out on her and half of the time I’m the one holding her cane because she hands to me and takes off and she’s really not the easiest person to keep up with.

She has taken over cooking and feeding the pets again which is great because it was difficult for me to do it, take care of her and work. She’s also finding ways to compensate for things she has difficulty doing now. One in which is that OT had given her some sort of rubber tube that she can put on her utensils for a pen that makes it wider so she can grip it easier. Has anyone else come across those? If so what are they called and where can we find more of them?

Thanks for the update Marie. Glad to hear your Mom is making progress.\r\nYou can find silverware sleeves at eldercare.com or arthritussupplies.com