Don't Beat Yourself Up

Don't Beat Yourself Up

jan
Back in 1998, we had an exciting and unexpected earthquake in Ohio, a 5.2. The epicenter was in northwest Pennsylvania, so we felt the earth move and sway under our feet and our cats were like , "SAY WHA???" And then everything settled down again and went back to normal.

That's how it's been since my mom started to refuse her medications. My ground was shaken, my self-image whirling, the  first day she spit her medicines in the garbage. It felt like a real big deal that day, a real "SAY WHA???" kind of day. "Today will be the day all the other days are measured by", when I gave myself permission to just do the best I could, I didn't fail. Until then I thought the Book was written just so, the Rules were there to be followed.

In retrospect, it will be earthquakes from here on out. The key will be remembering I'm on solid ground.

Thankfully, we could see my mother's doctor within a week. We discussed all her medications and which ones were important and which ones weren't, and how to do my best at giving them to her (ground up in ice cream and yogurt) but the most important thing he said was, "DON'T BEAT YOURSELF UP OVER IT." He has always been completely up-front with us about my mother having dementia, habits we can adopt to keep ourselves healthy, and how the course of the disease will probably go. I've been reading books about end-of-life decisions; our doctor's frank "death talk" is not typical. When we were there three months ago, he said she would continue to sleep more and more, and eat less and less. This time after examining and observing her, he said she is in the last stage of dementia, the next thing would be choking as her nerve impulses to swallow will decline, and at that point it will be time to call in Hospice, because he said, "That is not living", because she won't eat, and because then she'll die. It was an odd sensation, contrasting my persnickety and annoying mother who can't sit still for five minutes during the day, with a person medicated on narcotics and under Hospice care ready to depart this veil of clay. I've read The Last Stage can take years (jolly). Part of me feels thankful but betrayed; thankful for my having a one-in-a-million doctor who can tell it like is it, and betrayed by relentless literature printed by dementia groups that says anything but what is helpful. I'm a big girl, I can take it.

Knowledge is power. I have no illusions that this disease will take a predictable course, far far from it. DON'T BEAT YOURSELF UP OVER IT. Why would I think one single thing I could do, right or wrong, would change the nerve impulses to swallow in my mother's brain? I can't do one thing to change the course of this disease. DON'T BEAT YOURSELF UP OVER IT. A person only has so much energy to spend. You can spend it being angry, or you can spend it being happy, but at the end of the day, it's gone and why should you waste it? It's a lesson I tried to teach my daughters, and our doctor reminded me I need to re-learn it, once again for myself. My mother and I can go forward kicking and screaming, or we can go gently into the good night. Our doctor knows that at the end, I still matter, I will stand, and I will go on. 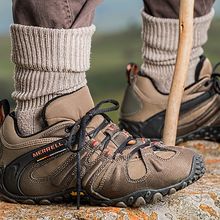 You know I know what you're facing. SIL is on hospice. Don't wait. Hospice is not only for dying, it's for living while nothing else can be done. It doesn't have to be 6 months. You can get the help for longer..the diagnosis is they THINK 6 mo, but it is open end ended and they will add in 6 month increments. Use it as soon as you can, they are a great help and also offer respite care 5 days every few months. Nothing will really change with the exception of MORE HELP.

Thanks, Denise, for your calm and forthright approach. We had excellent Hospice care when my father passed, and now I will contact them as a start of conversation. I never would have considered this. I have, however, reconsidered my thinking about the temporary care facility, what they might offer, what they should offer, during my mother's next stay there, should anything unexpected happen. I will certainly listen to the podcast.

Exactly.\r\n\r\nWe get so caught up in trying to control what can't be control and then beating ourselves up about it. A disease progress and a life ends. While life lasts, we do the best we can which means we don't beat ourselves up. We find better ways to use our energy.\r\n\r\nClaire Day, our dementia care expert, and I recorded a talk show in 2011 about when hospice is appropriate for a person with dementia. You can listen to the podcast here: http://www.caregiving.com/2011/10/alzheimers-and-hospice/\r\n\r\nIn essence, Claire described the general guidelines which may mean your caree is ready for Hospice:\r\n\r\n1. Your caree cannot dress without assistance.\r\n\r\n2. Your caree cannot walk without assistance.\r\n\r\n3. Your caree cannot bathe without assistance.\r\n\r\n4. Your caree is incontinent of bladder and bowel.\r\n\r\n5. You caree cannot have a meaningful conversation.\r\n\r\nI would suggest researching hospice providers now, finding the one you like and learning more about when their services are most appropriate. You want to use hospice as soon as you can so you can be comfortable with the staff, understand how the service works and have most things (like meds) under control. I know that some wait until the last few weeks for hospice services but that to me is too much of a disruption. If you start six months before death, you are ready with support and comfort care measures.