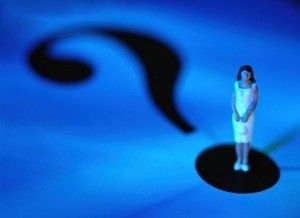 I've been blogging alot since yesterday. It's the need to share, I guess. And most certainly the doubt, triggering the shame... Do I feel ashamed?

Dad started up, yesterday. It was a bad night. He spoke all night long. Every time I started to fall asleep, he started talking. Mum got so nervous that see couldn't stop coughing. At 5 a.m., I was making some herbal tea for them.

They both continued all through the morning. I had to send the kids out with my mother, to calm her down. The kids have been with their dad. They came over yesterday, for a few days. They're going back to their dad's on Monday.

Dad has been refusing food for the last three or four weeks. We sort of have to "force" him to eat. Doesn't even want to drink water. We're giving him supplements. His blood analysis showed a lack in protein. He has a tiny wound on his left ankle since April. The nurse comes over every two days to tend to it. But it just won't heal. It could turn into an eschar. The family doctor says it could be due to the lack in protein.

Today, at lunch, Dad refused to eat. He said he hated that lunch - which was not true. He wanted me to make something else. I refused. I said that when he got hungry, he could eat his lunch. I'd warm it up for him. So he decided to take revenge: he wetted himself, right there. Fifteen minutes later, after I'd finished cleaning the kitchen, he wanted his lunch. I only gave it to him at tea time.

Sometimes I think Dad just wants to boss us around. I know most of the time he doesn't know what anything's really about. Sometimes he just needs attention. But when he becomes aggressive and incorrigable I feel it's out of some kind of spite.

But I felt ashamed! I felt like I was treating Dad like a child. I'm his child. Not he mine!