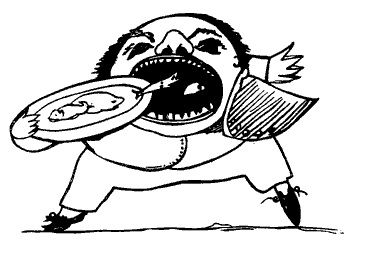 She said some hours ago that she was going to take her Synthroid a little early because she's not allowed to eat or drink anything after midnight before the endoscopy, which is in, as of this writing, five-and-a-half hours. We leave for the surgery center in five hours.

She gets very testy when I remind her to do something, to the point where reminding her tends to have the opposite effect. So I just let her be.

She remembered after midnight that she hadn't taken her Synthroid, which she took around 12:40 a.m. -- with two glasses of water, since it's supposed to be taken with plenty of water and my partner dehydrates easily.

"We'll pay whatever we have to pay if it has to be rescheduled," she said. Which is easy for her to say, because I pay for it all. There is no "we" here.

We'll see what they say at the surgery center. Meanwhile, I've got all the paperwork in place to give them, so at least that's done.

Partner lashed out at me for -- she felt -- lashing out at her, even though I'd only said, "Okay." I then told her I was getting out of her way and retreating to the studio, because I didn't want my tone of voice or my body language or anything I said to give her the wrong impression that I was lashing out at her.

She came in later and acknowledged that this was hard on me, too.

I shrugged, said it's "all part of the game." Que sera sera.

But she did offer -- after she turned off the A/C because she didn't want anything blowing on her during this "emotion talk" -- that she now wants me to remind her about pills when she has "too much going on." Except that the A/C should be off when I remind her.

This is where I really try to live in the moment with her. She is receptive now, but now is easily forgotten. More times than I can count, I have reminded her of things, she's bristled, and then when I brought up any past incidents she's shot back that those were past incidents and "should not" be used in the present.

Act 2: Tell me again how I'm not needed here.

I didn't sleep. But I did get in some writing (both the above section and more in my journal) and reading, which relaxed me. And I didn't have to worry about oversleeping my alarm, since I'm the one who wakes my partner for these things. She gets to sleep with earplugs.

(I had overslept my alarm -- by an hour -- before one of our appointments 75 miles away. Good thing I build in wiggle room, but in that particular case I kind of re-enacted the chase scene from Thelma and Louise -- thankfully, without the cop cars in hot pursuit. But I digress.)

This time our drive was within the county. While my partner dressed I packed two Caregiving.com tote bags (fabulously sturdy and versatile!) with warm clothes she wanted (thermals, windbreaker, sweater, thick socks, insulated hats, lined coat), energy bars in case she was ravenous after the procedure, and our paperwork.

We looked as though we were moving in for a weekend stay, not a 10-minute procedure.

I asked at the desk if my partner's drinking water after the midnight cutoff posed a problem and was told no. (Whew.)

After a brief wait, the staff was ready to take her in for prep. I followed along, toting her wardrobe. :-) At first the nurse said I wasn't needed back there -- that my partner could answer questions herself before the procedure.

Then the nurse asked my partner a simple question (I forget what) before they went past the door. My partner had trouble answering. She said the TV was interfering with her concentration. (Later in the day she would blame her slow responses on Requip.)

The nurse told me, "You can come back with us."

I thought, You'd better believe it. I followed the two of them in, looking like a pack mule.

Our advance prep of my partner's meds list (which includes OTC items, like vitamins) and medical/family history came in very handy. I mentally patted myself on the back.

For one thing, my partner couldn't answer questions without rambling. She regaled Prep Nurse while I answered questions posed by Paperwork Nurse. Paperwork Nurse was thankful for our lists.

"She had pneumonia?" Paperwork Nurse asked.

Partner argued that she had been coughing up blood (this was decades ago), but then added that she'd been taking a lot of aspirin at the time. She still said it was pneumonia.

I said, "No doctor had made that diagnosis."

I also noticed -- looking over Paperwork Nurse's shoulder -- that she had mis-marked her form, and corrected her. (Yes, my partner has a heart valve problem; no, she has not had a heart attack. Not the reverse.)

When they were ready for the endoscopy, I was sent back to the waiting room and dove for a fresh-brewed pot of coffee. These days it's a rare treat for me, and after a sleepless night I needed it.

Partner wanted her woolen hat when I was brought back again. She wanted to wear it inside-out because she didn't want the tag scratching her head. Otherwise, she was fine with the blanket they had provided. As expected, she was still pretty groggy from the anesthesia. She was hooked up to an IV of saline solution (which she herself had requested) to rehydrate her after a night without water.

Prep Nurse offered her some juice. Partner asked for a cocktail of half apple and half cranberry juice. :-) No problem, said Prep Nurse. :-)

Prep Nurse couldn't comply when my partner wanted to see "the tube with the camera on the end of it," since that was in another room. (This was the closest thing I could find when we got home.)

Dr. R, the gastroenterologist, arrived with the results. The good news is that my partner's esophagus is fine. She had been worried about esophageal "out-pouchings," as she called them, because she'd heard that people with MS could get them.

However, the procedure revealed some food in her stomach that shouldn't have been there. It should have cleared out hours earlier. Dr. R mentioned the possibility of gastroparesis, in which the stomach muscles don't function normally. Gastroparesis can occur in people with MS.

I asked for and got copies of the results, which include full-color pictures of my partner's digestive tract as far as her duodenum. Partner wants to post the pictures on our walls. :-) (She had also wanted to do this with the pictures we got of the mess o' fibroids, cysts, and endometriosis removed during her hysterectomy four years ago.)

We were given an anti-reflux diet and an Rx for Prilosec, with instructions to have a two-week follow-up visit. Dr. R also wants my partner to get a stress test.

Act 4: The world according to Partner

Partner was fine post-procedure -- just a touch of nausea when she moved too fast, but none otherwise. No sore throat. She was back to her usual mobility and was ready for food.

The place where she wanted to eat (and which caused me some concern because its food generally doesn't fit the diet guidelines) hadn't opened yet, thank goodness. The place we went to instead was better suited.

After errands, including picking up the Prilosec, I collapsed into bed for a nap.

I awoke to my partner saying she didn't want to take the Prilosec because "it has aluminum" (meaning aluminum lake coating on the pills). She claims that there had been food in her stomach because she accidentally ate some grape stems (though still before the midnight cutoff), plus the museli she likes has some hulls, so the hard-to-digest pieces stay behind. She says she's kept her acid reflux under control with magnesium.

(Prilosec is more than just an antacid, Dr. R had said. It helps move food out of the stomach.)

Partner also says cutting down on zinc will help her, as will exercising more. She was jogging in place as she harangued me with all this. Then she said that she realized "exercising and debating don't mix" and asked me to remind her of that.

I reminded her when she again proceeded to harangue me while still jogging in place. She said, "Oh, that was all I was going to say."

I pointed out the Mayo Clinic page on gastroparesis. I've especially noticed what I would call abdominal bloating in her, in the form of a distended stomach. She claims that was just weight gain (she calls it "belly fat") and that the Synthroid is taking care of it.

She questioned why Dr. R wanted her to have the endoscopy in the first place. I reminded her that she had been concerned about "out-pouchings." She admitted she felt better knowing her esophagus didn't have any. The indication given on our results printout (now scanned into my computer), was "GERD-530.81," the diagnosis code for esophageal reflux.

I also remembered (and had mentioned at the clinic) my partner's hospitalization for bowel obstruction after she had wolfed down a bunch of hazelnuts four years ago. That seems to me to fit with gastroparesis.

Next step: arranging her follow-up visit and stress test. Let's see how far we can get with those. *Fingers crossed*