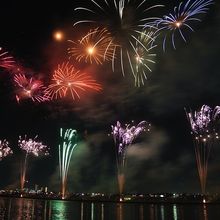 SIL has been falling a lot. She falls two to three times a week anyway but she's been falling every day this week. Strange falls. I've been talking to people on here and to my mom and everyone in the house here about why she's falling. What could be the answer?

these falls are strange. She is not walking when they happen, she is either standing still or sitting. They are in slow motion. She is not getting hurt (Thank You God) and she is kind of rolling into them.

Last week I mentioned I was at a baby shower with Mom and found her on the floor on her soft cushy rug with a pillow under her head. I didn't mention that SIL and I had a slight tiff when the RN came Friday. I was telling RN that SIL falls two to three times a week. SIL got mad, got upset, and said I was lying, she said she ABSOLUTELY DOES NOT FALL THAT MUCH, that I'm making up stories. I calmly explained why would I make it up....what would be the point?

Cut to this whole last week. SIL has not only fallen every day, but some days two to three times A DAY. I didn't feel they were weakness falls. When she's weak, she can't get up. Every single one of these falls she has gotten up. My mom is not letting me pick her up anymore, my cousin suffered a lifelong injury working as CNA and my mom doesn't want me to get hurt. So I hold SIL's walker and tell her where to grip and hoist. I may shift her a bit for a better angle, but I'm not picking her up.

I thought it was weird that though she was falling, she was getting up really quickly. I did think some were on purpose. I was writing some stuff on how her needs have evolved and writing about that. Most of these falls have happened in the living room. It's a thick carpet with thick padding. When she tumbled from seated position she wanted to stay on the floor awhile. She sat cross legged and I brought her a little bed tray and she ate her ice cream. It's really cushy. All the falls are in slow motion. Not a faint but kind of a tuck-n-roll. Always when I'm right there, like a foot away. Not when I'm out of the room, close enough sometimes I can catch her enough to break the fall a bit. My head is turned and down she goes.

I've taken care of her for four years. When she falls, she falls HARD. I asked if she was feeling dizzy or it was a medication problem--no and no. The two times she fell in her room I was close enough once to break it and the other both the LPN and shower nurse and me were in the room with her. Shower guy was the one who got her up, and she was yelling at him her was hurting her. I should help her, not him.

Just OMG. Yes she is having hallucinations, but she is speaking clearly. Usually with ammonia levels and the heptatic encephalopathy she is very slurry and drowsy and she's been awake a lot.

I've even checked myself. Am I talking to her and visiting outside care duties? Yes. I spend regular quality time. She hangs out in family room with us watching tv too. Every need is met, emotional too. She has her own little fridge with snacks just for her she has unlimited access to.

As I'd chronicled here, id stepped back a little, begun to regain some balance. SIL has been stable. The only reason I went to baby shower is she'd been sleeping in afternoons and been better. Since then I've been RIGHT THERE again, doing it all. Sleeping downstairs. Close enough all the time. Because she's been falling.

i must reiterate the fact that heptatic encephalopathy is NOT dementia. There are several things in common, but HE comes and goes. She always knows who we are. And she can and does retain new information. I have to remember this also because I work from the idea she doesn't know. But when I find out on HE forums it's ever changing. Sometimes they know and sometimes they don't. It makes it very hard for caregivers because the constant change.

This morning she wants to get up. I patiently rolled her around, changed her diaper and clothes like you do for a patient who can't get out of bed. Rails up. She says she can get up. I patiently explain as I told her she will be in bed or wheelchair. She says, why? Because I keep falling?" "Yes." "But I didn't fall hard." "You can't get to the commode without falling." I can too."

She's with it. She is speaking clearly. I will get her up later and we will see. She was falling with only me. She didn't fall with mom, only when I was right next to her even while nurses were there. They also thought it was odd the way she fell. I have school today. I missed school last Wednesday because all of this was so odd. She's mad. Her mom would say "she's fit to be tied." I warned her she would have to be in bed or in wheelchair by Monday by hospice advice. But we will try and see. I absolutely do not want her confined to bed and wheelchair though it would be much easier. I want her to have freedom to do what she wants. I will talk to her later and see what this is about. If I ask her if she fell on purpose she will probably fess up like she did when she put herself on the floor. It's not like she doesn't KNOW me. She's told me time and time again how I let the kids get away with stuff and no consequences. I always let it go. She also knows when pushed too far I will stand my ground. With her safety at stake I won't budge.

Just as I was getting my bearings back and having a little time to myself she got be right back where I started, hovering and waiting on her hand n foot. My MIL was the exact opposite. She'd accuse SIL of "hoover-ing" and wanted not to get waited on. SIL wants me next to her. It's funny. For her mom all she would do is duties, she wouldn't talk to her mom and have conversations at all. Now I guess she wants me next to her. Hospice RN agrees this is an attention thing, nothing medically is going on.

LOL I will win. :) I caught on. I may be slow on the uptake because my niceness gets in the way but eventually I figure it out! SIL is crafty, I'll give her that! Stay tuned, I'm sure it will be something else next week. :)

Thanks for the read! Thanks for letting me figure out stuff by putting words together. Venting helps me sort it out. :)

When she put herself down, I let her sit there, she wanted to :) I brought her a bed tray and she ate ice cream and sat cross legged. I'm not REALLY going to limit her, but I need her to stop so she won't hurt herself.

Mar: excellent idea! I had not thought of that!\r\nMaria