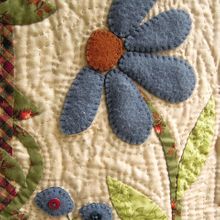 As we yet again adjust to SIL's change in condition and behavior I ended up kind of losing it. SIL is much clearer, speaking as well as walking better. Last week her social worker came by and she was relaying stories from her past, a good story about her run in with a moose in Alaska, I knew she was coming back! I'd heard the story before and she said it all right. Amazing, truly.

I have a problem of taking people at face value, always have. The kids say I have rose-colored glasses. I'm pretty up front, what you see is what you get and I figure other people are like that until I'm proven wrong. Even when I know I'm being manipulated I'll go along for awhile as long as it doesn't hurt me. It's like, whatever, let people keep up their delusion. Sometimes I'm too lazy to call people on their bullshit, why bother with a confrontation when nothing will change a person's base personality.

When SIL started up with cigarettes and acting out, being demanding and staying up all night Last weekend I finally lost it. I plainly told her I can't do this anymore if she continues this behavior. It is entirely one thing when she needs help and changing her and doing meds and all the millions of little things I do. Every bit of that is all fine, diapers, what have you. I don't mind, yeah, some is gross, but it's whatever. I will not deal with the fit throwing, not here, not in my house when I've got my household teetering on the brink because everyone is a zombie over her care.

Obviously she is A LOT better because that behavior has stopped since I got upset. I don't know if she was as out of it as I'd thought or she's just better or it's a combination of both. I rarely get mad, I'll take it forever, especially when directed at me. But when I wasn't here that day and she continued up the spiral staircase and put not only herself in danger but by pushing my mom aside put my MOTHER in danger? She bumped her head if she thought that was going to continue. I actually told her if she hurt my mom or my kids by her foolishness she would be in a nursing home with the quickness. Done.

I felt horrible. I felt mean. I know I'm only human, and as such we can only be pushed so far. I let it out. I told her I knew about the drinking, about the lying. But I'm still here, we're still helping but as we adjust around her, she must also go with the flow. I'm not doing well at school either. I hardly get out because I have to continue to adjust her medication. This part isn't me saying it or believing it's me keeping her alive, her doctors told me. lol I didn't even know I was doing it, I was acting upon instinct and reading, reading, reading. The change is astonishing. We are having conversations.

As I've said before, the behavior is mostly heptactic encephalopathy, though at times it mimics dementia. It is not the same but people don't often come back from where she was, especially how long she was really bad. People don't come back from being on hospice and can only be raised by rubbing the sternum. It wasn't over medication. I was grinding her medication and giving with a dropper and pain meds were at a minimum.

I told her it it's not her, it's the disease that's maddening. She asked if she could boil eggs, I said not yet. But the fact she ASKED. OMG, last week she would have just tried to do it and fought us to get to the stove and left the gas on and blown up the house in the process, not caring in the least because she wants to do what she wants when she wants. Asking and THINKING is the old SIL. Understanding WHY was the norm for her, not the unfeeling, unknowing, uncaring invader that was here in her place. I pray this lasts, but at the very least I now know this too is in the realm of what this disease can do, at least I can prepare! I can.

All this is surreal. I feel like right now life can move forward again. I feel like the taking care of me can really begin. Although on hospice, SIL IS LIVING AGAIN! And slow as this has been, we are too. I will not lose myself again. We caregivers are important too. We can't keep giving if we have nothing left to give.

And as I sit here waxing philosophical on how things have changed. SIL jumps the doggie gate again! Hahhaha OMG, lol That's what I get for thinking. YIKES, the woman has no bounds. Sheesh, she wants independence. Well, damn, I want independence too! Tell her does she think I LIKE waiting on her hand and foot or me being me, would I rather do nothing and hang out in my comfiest bed on the planet and read my decorating magazines? Hmmmm. I may have REASONS like she may break a hip or get another hemotoma.