EXTREME Caregiving Or How I Lost my Mind Without Really Trying

EXTREME Caregiving Or How I Lost my Mind Without Really Trying 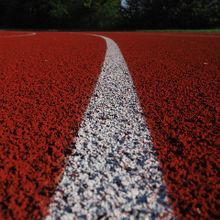 Um....wow, as SIL improves so do her antics! Yesterday was a welcome relief because after her ride into independence-ville Friday she must have tired herself out and Saturday spent most of the day counting sheep....until her 2 a.m. magic hour that is.

At 2 a.m. she hears my husband coming down the stairs to get some milk and calls him to her. I go in there and wow....the stench gives me a black eye. I turn up the lights and she'd had an accident, a big one. Okay fine, but because she still cannot put on her socks but can move furniture, she thought it would be a good idea to get the clean sheets off her shelf and 'clean up' and throw in her nice new white pillow shams 'cause, hey, why not use the whole set? Clean Nightgown on backwards and herself not yet clean, you know, because that's how it's done!

Hard with the heptactic encephalopathy because though it can look like dementia she does retain some new information and knows who we are. She can manipulate and sometimes does so you don't really KNOW, though mostly I chalk it up to her not knowing better because the alternative is worse.

Get her tucked in, but by 6 a.m. she's doing stuff, trying to move the big chair again etc and wanting medication though it's not due today until 9 a.m. I tell her the shower nurse is coming and I'm changing her sheets and cleaning up she goes to bathroom. I hear shower...uh-oh, she's cleaning the tub. Then she proceeds to watch me and decide she wants to stand in the bathroom waiting for nurse who's at least 20 minutes away.

She then plays for a couple of hours trying to sneak out the craft room door. I ask her why, I will take her outside but the craft room has too much to trip on. She starts asking for her money, demanding money while putting on her shoes. I know where this is going. She insists she is walking to the store all by herself, mind you its at least three miles away. Here we go! "I WANT CIGARETTES!" We've been through this before, for two months. She'd been a heavy smoker but  after hemotoma surgery she cannot smoke. Period. Her blood vessels in her brain are fragile, the hematoma was a spontaneous bleed and not from a fall. Anyway I'm not escorting her outside 20 times a day to smoke. Of course the neurologist is lying, we're all lying, it's her money, she wants to. We have the same conversation about me cutting school to half time, we all have to sacrifice because she's sick, blah blah, I cry, she cries, the dogs sniffle....here we go,  Ring around the Rosie.

Both a blessing and a curse when she's better. I forget about this part. We never argued about anything previous to December. We all just did what we had to, she as well as us. This is getting so hard. Harder than I'd ever imagined. The household is getting testy. But as always it's a reflection of my mood. My mom's foremost concern in this is me, how I'm doing and my relief support. My daughters are missing me. I'm here in the house but I'm not RIGHT THERE like always and I'm continuously distracted, all I talk about and think about is SIL. I can't focus on school or life. Reassessment over the care of SIL and pulling back perhaps in some ways made it worse because now I can SEE everything I'm missing.

I think if SIL just gets a little more manageable I can do this. As long as she quits being unreasonable I can do this. She's still stronger, I don't spend every moment hovering, afraid she's not breathing. Right now I don't run down to see if she's alive. I run down to see if she's gotten outside! Major shift! It's shifted from a death watch to a life watch and for that I'm thankful for. Now if I can just figure out how to curb those magic abilities!

I love reading your posts. Insane as things get, you always find the humor in the situation. A very valuable gift if one is to preserve one's sanity -- or what's left of it :)

<a href='http://www.caregiving.com/members/denise/' rel=\"nofollow\">@denise</a> yea I'm pretty nimble, im also 4 foot 11 and kinda chubby hahah so you can imagine me running around up and down a spiral staircase...that visual makes ME laugh!

I agree with Jan--I'm so grateful you share your day with us.\r\n\r\nSomething that strikes me: How nimble you have to be. You have to be flexible to adjust, be agile enough to stay a step ahead (or catch up to the steps) and to constantly think of your feet. How exhausting is that!\r\n\r\nWishing you fresh running shoes today. :)

I truly appreciate your sharing your daily life. It takes time to sit down and compose, and that is all time you could be doing something else, so we need to be thankful for this generous gift you have given us. It boggles my coherent-thinking mind how the brain can be so messed up in parts and functioning in others, and how bizarre the twain do meet. It's like a Murphy's Law of Brain Function; if there is anything more complicated, unnecessary and strange, my mother will do it. The normal path-of-least-resistance easy stuff is not good enough for her! \r\nWhat a task for you to keep it all spinning clockwise. Thank you thank you for hanging out with us.