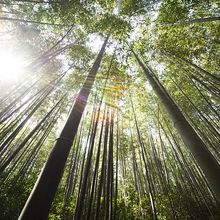 Sunlight was still streaming through the window and I sat on the bed across from my sister-in-law one last time. I held her hand  as she drew her final breath. For her, everything had always been a struggle, but her final hours were not. She went so peaceful and gently and is now with the Lord.

My sister-in-law left all her pain behind at 5:59 p.m. on Monday, March 30, on her mother's birthday. One of her last clear desires she expressed was the phone to call her mom. Finally I know she was at peace with her mother. Late morning, when we'd realized it was her mother's birthday, we looked at each other and we knew. A weird coincidence in that family, their mom passed on her other daughter's birthday.

This is exactly what she would have wanted, if It was planned it it could not have been more perfect. When she was herself we'd spoken about this, months and months ago she had said she wanted to be home in her own bed, but she was worried about her nieces and nephews being in the house. The kids were at school that day, Mom was taking them. She wanted her brother around but not in the room. He had just come home from work and was napping upstairs. She was always worried about me and would tell me to rest when she was still herself and for once I wasn't hovering  I had just woke from a short nap, I'd hardly slept the last few nights. I'd been on the sofa and woke up and went to her, and she passed moments later. She went exactly the way she wanted and I am grateful for that.

Many of you have been with me and commented during this last, most difficult part of this caregiving experience. Blogging and sharing got me through this part. If not for this place and all the support I've felt here, I don't know if I could have continued on. I've shared the ups and downs and was able to speak freely. All of your comments and prayers have meant so much.