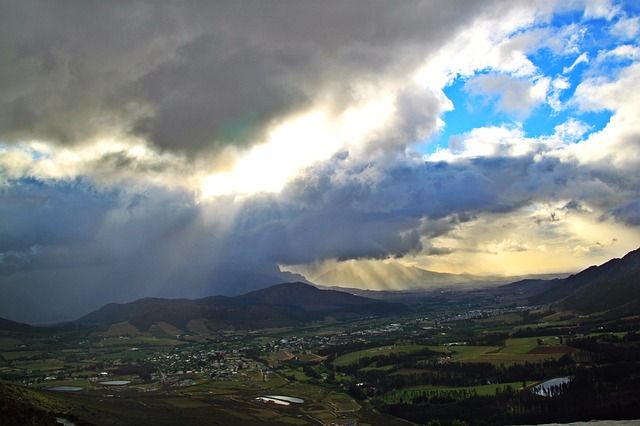 EXTREME Caregiving: The Ever Changing Drama 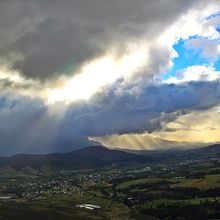 Every week, sometimes every day, there is a new facet of change occurring with SIL. NO ONE HAS ANSWERS. Hospice doesn't know. The new RN is newly out of school, but luckily is on her game and not yet jaded. Her LVN is a sweetheart and has many years in this business, but still doesn't know what's going on with SIL. I don't blame them. Everything is WEIRD. This part is not new at all. Through years of medical treatment doctors did not understand her symptoms, her co-existing illnesses which are as follows--end-stage liver failure, breast cancer, CHF, psoriatic arthritis, osteoporosis (new) psycosis (new) heptactic ensepolpathy (new), fibromyalgia, horrible psoriasis, and the brain hematoma which was successfully removed on December 16, 2014.

I don't know WHY I'm surprised nobody knows. Nobody knew when she was in and out of hospitals either. She never fit criteria for anything. She was hospitalized for a week with 'dropped neck syndrome'--it was a whole bunch of tests and nothing got resolved. She left as she came but it went away.

This HE she has is by far the most baffling. It comes, it goes. In between she cries wolf, yet some times she does need help. Though she can stand close to fully erect, she insists on standing and walking extremely hunched. She sits and goes to bent at the waist, ear to knee. Nobody knows why. Today I tried a back brace. That helped a bit. Now I'm researching what is causing the bent-over thing. There's a lot about Parkinson's and that had neither been ruled in nor out because so MANY urgent issues. She's had tremors over a year now, she had that dropped neck syndrome, bladder issues forever. So many things could lead to that diagnosis but alas, she's on hospice. Parkinson's dementia kinda fits to a T also. She has SO many problems that all of this is so difficult. It's no wonder I'm confused, doctors were constantly baffled.

I have spring break after today--a full 11 days off. I am going to re-group and reassess. Something else is going on with SIL. She hasn't been eating well. She's having problems getting food to her mouth, like she looks at it and sorta plays with it, then begins messing with her drink and stuff on the table. I let it go on a day or so. Finally I spoon fed her, and she ate it ALL. It seems like she stops in the middle, loads fork but gets stuck there. She's still speaking clearly when I refuse to listen to the baby voice. Saying real things. NOTHING in this makes sense, yet I guess it's not surprising.  I just want to know what to DO and keep my sanity intact. All her vitals are strong and stable (Thank God) but there is a mental decline. BUT then again even that part is better than it was at one time too. TRYING my hardest to keep rolling with it. It's not my fault. I know I'm doing my best. I also know I can't be at her beck and call and have to be more like Mom.

She fell again. Instead of waiting she gets her walker and gets out of her room, gets tired, doesn't lock walker and whisks across floor until falling on her hiney.

"No, I will help you like we've been doing."

I get her the pillow which she tosses aside and gets up with assistance from me and my daughter. She doesn't know what she wants. She wants to go to the bathroom, doesn't go while there, then 10 minutes later goes in her diaper. Now insists on a diaper, but takes it to her knees and shuffles around. Has me take her to family room, only to want to go back to her room, then chair to commode to bed. Back and forth. Still bent forward. She is telling me certain wants and needs, like change her sheets and how she wants pillows, that's all fine. But the bent over thing? She can and does sit up and stand pretty straight when she wants. She had that hemotoma on her cerebellum and I was worried about recurrence but that is very, very, very rare. Also, she was sharp right after. Where it was located could have affected speech and walking but it didn't and after re-hospitalization for a week and two weeks after surgery that was her normal. Wasn't supposed to affect her personality but it did drastically.

I won't get answers, and that part is SOO difficult. It was awful finding out she was falling on purpose. But even though she was, in her right mind she'd NEVER do that. Because some of her personality came back, you think more is back. Then today her nurse comes and she's talkative, not as bad as the decline I was fearing, she was just mad at us.

I HATE being strict. Hate, hate, hate it. I want to do all the sweet things, yet as soon as I give, more antics! She hadn't fallen for a week. Then yesterday..and today? Three times because I was trying to get out of the house a few hours with Hubby. As soon as shower nurse left, she put herself on the tile floor this time, sitting cross legged like in kindergarten. I gave in and picked her up because I needed to leave and LVN was coming. What I SHOULD have done was give her pillows and blanket and let her stay where she wanted. Hospice is well aware what she's been doing, but haven't really SEEN it. They comment on how good we are to her and how cute we have her room and how she's dressed. Lol As soon as we started taking care of her like this all her ratty things went bye-bye. All her good pjs she was saving are every day now with new stuff thrown in! I feel as though you wear ratty things you feel ratty too. She used to balk at bathing, well, now we have someone special coming just for baths, she's getting that bath alright! He's not making the trip for nothing!

Inch by inch I'm claiming pieces of my life back. After missing another day of school on Monday, I can't afford another day. Things will happen if I'm RIGHT THERE or not. I found a bracelet the other day. Essentially it said, let go and let God. I found it at my feet at school. lol Is someone trying to tell me something or WHAT? Hahhaha It's God telling me to get with the program lady! See? I even spelled it out! As frustrated as I am, there is a big part of me that is following that. A big step was not being here when the LVN came. I'm always here when hospice is here. I went to the baby shower and didn't call home to check. I have been so bad my daughters were happy, they thought I did great at shower but my aunts were worried I wasn't myself and kinda quiet and stressed. ARRGGGHHHHH! OMG, what they saw was a good day. THAT is how bad it's been. I was kinda quiet because I didn't want to talk about SIL, I wanted a day outside of it. I was actively leaving that at home. I am learning to compartmentalize.

As bad as this is, it is the new normal and SIL will have to adjust. Weeks and weeks of trying to find a balance is finally working a little bit for me. I HAVE to. All of us have to take care of ourselves or we are no good to anybody. We caregivers have lives too. I made a promise to myself to never get lost again. :) Funny how when I started this week SIL was on a downswing and today she's doing really well!

Thanks for the read and letting me vent! All comments much appreciated!