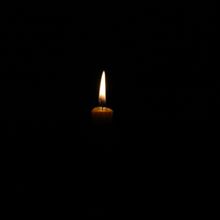 Lewy Body dementia is peculiar in that it comes with fluctuations in cognition.

Don't believe me, check out this lbda link they have all the technical/medical info about lewy and then some.

Hubby has had plenty of fluctuations in cognition. They can last anywhere from a few moments to days. He can go from completely confused that he is in his own house to describing how we built it and back to wondering where we are all in the span of a few moments, or over the course of a few hrs or days.

We've had a huge positive fluctuation over the course of several weeks.

Hubby had even seemed "better". His mobility and memory were improved greatly. He could carry on a detailed conversation. He was remembering things even I had forgotten. He was walking without the use of any assistance. Long distances at that. Long, as in from the car to the inside of a local eating establishment and back out.

We had the occasional "blips" but nothing that wasn't quickly recovered from.

Then, the bottom fell out.

In my heart I knew it would be coming because that's what Lewy does, it tricks you.

It tricked Hubby. He was so aware that he was feeling better. He was convinced he WAS getting better. He commented on how good he was doing and that he thought he was "going to beat this". It was heartbreaking to hear him talk like that because I was staying poised for the decline and unable to REALLY enjoy the moments of clarity. But, the one day I let my guard down we ended up in a physical altercation in the car.

The day started out fine. We made plans to go to town. I got him shaved, something he still wasn't able to do and he dressed himself.

Once we got into town, Hubby became angry at me because he had decided he was feeling well enough that he wanted to move out and wanted to see a lawyer. I refused to take him. Instead I turned the car around and headed home. Our day out turned into a fight for the keys and steering while we were driving. We are blessed that we live in a very small town with very little traffic. My anxiety went into overdrive and the fight over the keys resulted in Hubby getting a scratch injury from the key ring. We've been through this type of behavior before but it's been about 3 years. And to be honest, it feels like we had gone back in time three years but I did not want to relive those three years again.

Over the last few days we have skipped ahead. We are back to angry and hurtful words.

I guess I'll take the reality as opposed to the false hope.

This is so heartbreaking for both of you. And scary where the safety issues are concerned. There is such great temptation to believe, and knowing better doesn't make it any less hard. As G-J said, it's not fair. It's the insidiousness of the disease.\r\n\r\nI agree with Denise -- I hope for a reality of peace for you both. (((Hugs)))

Ohhhh, I hate false hope--exactly because it tempts you to believe what's not real. And, then reality hits and it's worse because you thought you were living in reality. But, you weren't. It was that false hope. \r\n\r\nThe tension in the house must be so difficult. I wish for a reality of peace for you both you and Hubby. \r\n\r\nThanks for keeping us posted--will you let us know how you're doing tomorrow?