0
The last week has been a VERY rapid decline for Mom. A fast fade.

She slowed down and then stopped eating and now she won't take any liquids either. Her living will prevents the facility from forcing that sort of thing. I think she has finally realized that she isn't coming home and she has decided that she's done.

Tuesday last she seemed angry with me. By Saturday she was very out of it, non-responsive, sleeping most of the day, refusing food, meds, water all of it. Wouldn't react to anyone, even me talking to her.

This morning they called. Noticed mottling on her legs going up to about mid-calf. They typically see this in the last days they said.

Tonight I brought her cat up to see her. Took Callie Kitty three or four tries of head butting and purring to get Mom to react and then I'm not sure if it was to pet her or just get her arm out of the cat's way. Callie cried in the car all the way up there, one the way home she didn't make a sound. It was pretty creepy.

Mom looks like a holocaust survivor. She's lost that much more weight in just a week.

I was going to start the Medicaid re-apply process today. Social worker told me to go ahead and do so, that they'll pay even if she passes during the process. Not sure I believe that but okay. Problem is I tried to fill it out online but I have no idea what to put for household expenses now that she's living there. Emailed the social worker tonight, hopefully she can talk me through this tomorrow during my lunch hour.

I am compartmentalizing the heck out of this... I can't function right now any other way. I just can't.

What am I going to do? 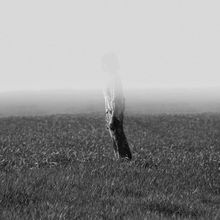 Photo by meriç tuna on Unsplash

I'm very sorry Cat... what you're going through is so difficult. You will get through it, I'm sure of that. I don't know the details but your mom is probably very tired and scared... she needs to know you're there with her, and for her... I don't think you need to (or can) do anything else.

Thank you for continuing to share with us. We stand with you today.\r\nYou are doing enough, you are doing what needs to be done, today, right now.

Oh, Cat! I am so sorry. You and your mom have been through so much. \r\n\r\nMy immediate thought after reading your question (What am I going to do): Keep doing what you do -- love your mom. When you must be at work, love her because she'll feel it. Love her when you're with her because she'll receive it. Do what you do. Love. \r\n\r\nI'm so grateful you keep us posted.