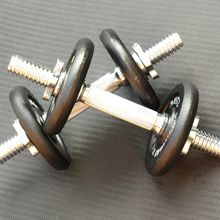 I called my dad this morning at the usual time, 7:30  a.m, and he said he was feeling pain in his arms, hands and shoulders again.

He had a hip replacement the end of January and now the doctor suspects he is over compensating using his upper body to pull himself up when he stands or gets out of bed. The doctor wants him to start physical therapy again to strengthen the upper part of his body.

It seems like we fix one thing, and another issue comes up. He tried an anti-inflammatory medication for two weeks and it helped a little, but not enough to justify the cost, or adding it to his already long list of other medications that he takes.

I am hoping that physical therapy will help.

Thanks everyone for your concerns and well wishes!!

Hi--As Jan says, it's discouraging. It's also painful for both of you. So difficult to watch someone else in pain--you can't help but take on the pain, too. \r\n\r\nI hope the PT helps with the upper body strength. I also hope one solution arrives that sticks. :)

It feels so frustrating when in spite of our best efforts, \"it's always somethin'.\" I'm sure from your dad's perspective, this is very discouraging. Yes, I sure hope the therapy helps and this is only a minor, brief set-back.

Hi Meghan! Thanks for your kind words and concern! It is amazing how we injure other parts of our body when another part is compromised to make up for the lack of ability.

I'm sorry you're dad is in so much pain. I hope the rehab will help him to gain the upper body strength he needs. The body compensates in ways we don't even know, which sadly can lead to other injuries. Hopefully as his hip continues to heal, he can go back to using his lower body and get a little strain off his upper body. Good luck to you, and prayers for you both.