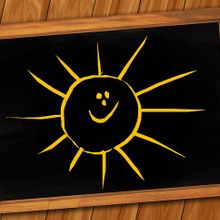 Father-in-law and AH went to the oncologist for my father-in-law's six-month check-up. Father-in-law had colon surgery more than six years ago to remove a cancerous mass in his colon. Since then, he has been followed by his oncologist and his C count has been monitored and he has had a Pet scan. His levels have been going up and down.

Well, yesterday his C level had gone down and pet scan was clear so he doesn't have to go back for a whole year! After all we have been through the past six months this was welcome news. I know that this is not the end but definitely a reprieve of which I'm grateful for.

Hi Maria--That's wonderful news. My dad battles bladder cancer (it's treated and then reoccurs) so I know what these check-ups are like. To have the reprieve of a whole year is truly a gift. What a relief for all you!!