Finding What is Real

Finding What is Real 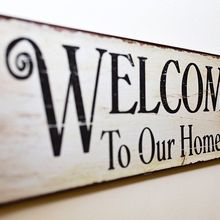 Over the last seven years, my parents have lost a lot in their lives. They've had to give up their house, their cars, their neighbors (though not many of the old ones were left), their routines, their mountains of stuff, and their independence. Dad is losing his hearing, Mom is slowly losing her eyesight in one eye. For Dad, the most difficult loss was the ability to go off to the grocery store, the bank, or the hardware store. For Mom, the most difficult loss was her stuff, the clothes, knickknacks, and furniture that overfilled the house for so many years.

They have been sad, angry, depressed, and ultimately, resigned. They reminded me constantly they wanted to go home.

What they have gained is starting to be apparent, too. Dad has the ability to rest now, something he could only do at home when I came over. He looks relaxed instead of tense and on edge all the time. Though they both complain about the food at the facility, Dad doesn't have to cook anymore.

They've gained doctors who understand elder care. Their current doctor with Kaiser has taken Mom almost completely off the benzodiazapenes, substituting a much safer drug for anxiety in its place. Though she complains about her anxiety, she seems happier than she has in decades. She is more aware of the people around her and a little less focused on herself.

They've gained a community. There are activities and a shared dining room. The dining room is where they make friends and we are learning that Mom is very good at making friends. Dad says she often stays behind after lunch to chat with the other women. She urges Dad to make friends with the other men, but I don't think he has the same need to be social at this point. Throughout his life, Dad has always enjoyed people. He loves to joke and tease, and he's one of the most generous people I've ever known. He still loves to joke with the aides and off them a treat from his stash of candy and cookies.

The other day, Mom told me about a woman who had not been living there very long. She had moved in with her sister, but within weeks, her sister had become ill and passed away. Mom felt badly for this woman and said she was trying to sit with her when she could and let her talk.

Wow. I couldn't have imagined this seven years ago. During these years, I've often felt guilty about my part in all they have lost. I've had to be the enforcer. No, you can't take three couches to the apartment. No, I'm not buying cold medicine for you to keep in your apartment. That's not allowed. Sorry, but no, I'm not taking you to the storage unit to pick up all your stuff.

Now I wonder.. could it be that in giving up all these things that were so important to them, they have found a new freedom? Maybe what we are seeing now is who they really are -- without all the stuff (though there's plenty of stuff still there), without the drugs, without all the familiar routine.

Now when they talk about going home, they mean their apartment.

Did giving up the stuff help? Absatively posolutely!\r\nIt's amazing (horrifying, really) how our stuff can end up owning US.\r\nKudos to you!!

I am soooooo happy to read this, Goldie!\r\n\r\nIt's so hard to take such a firm stand. The guilt and the self-doubts can really tear you up. \r\n\r\nYou've created the opportunity for your parents to be better. You've give them a great gift -- to have purpose and meaning during the end of their live. \r\n\r\nThat, my friend, is just awesome.

Goldie, this was very insightful. Stuff can indeed bog us down. I also liked the word you used -- enforcer. It is not easy, but so necessary.

Fortunately, my siblings are very supportive. I have POA, as does one of my brothers. I take care of the medical side, he takes care of the finances. So far, we've worked through any disagreements peacefully. As it's been 7 years, I don't foresee any problems here!