Friday the 13th Lives Up To Its Reputation

Friday the 13th Lives Up To Its Reputation 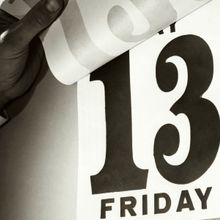 Murphy's Law and Friday the 13th came crashing together today. Despite the efforts of many people, Mom sits in rehab tonight where she really doesn't want to be. (Understatement of the year!)

The DME company called on Wednesday to confirm that we were scheduled for delivery of a hospital bed, mattress and wheelchair on Friday. That was not what I was told I said. I was told it would be Thursday because Mom was scheduled to be discharged Friday. So the little cookie told me they would change it to Thursday and when I asked what time, I was told I could call between 8 and 9 in the morning to find out. Yesterday I called at 8:30. Oh the drivers don't come in until 9, call back later.  At 9:30 I called again, oops, too soon again. Finally at 10:30 I got the answer. "Oh, you're scheduled for tomorrow."

I called the social worker at rehab and said I would be more comfortable putting off Mom's discharge until Saturday; after all, I have no idea when all this stuff is going to be delivered. In the meantime I have the home care company scheduled to be on hold for Friday afternoon whenever I find out when she will get here. Oh no, the social worker says, they really can't legitimately keep Mom until Saturday, Medicare won't pay for it. Don't worry, we called the DME company and told them it has to be a morning delivery.

Here it is Friday. I called this morning at 10 to confirm the delivery time. More time on hold and one or two people later I am told it will be sometime this afternoon. So I call the social worker again and tell her, gee whiz, guess what? So she acts annoyed and says, Well why don't I come in now, sign all the discharge papers, get Mom's stuff so everything is done and when the delivery is made I can call her, she will call for the ambulance and we will be all set. So off to the rehab I go, sign all the papers, pack up all Mom's belongings and rush back home by noon so I can wait for the delivery. The social worker called back and suggested they could transport Mom first and then she could be here when the stuff got here. Yeah, and just where is she going to sit? The floor? No, thank you, I replied.

3:15 pm... no delivery. Mom has called at least twice to find out when she is coming home. So I call the DME company one more time and ask if they can give me a ball park time. On hold again, so sorry, I have confirmed with the driver, you are the second from last delivery and he is stuck in traffic but it should be sometime between 5 and 7 p.m. (Maybe, probably, perhaps?) Another call to the social worker, this time I am truly annoyed. Mom is in tears. I won't tell you what Hubby was saying. There is no guarantee the equipment will be here before 7 p.m. tonight I told her and there is no way you are calling an ambulance to transport a 94-year-old in freezing cold weather at 8 or 9 at night, that is just asking for a case of pneumonia! She will be discharged tomorrow.

Another call to the home care company is in order, now to delay until tomorrow. Bless them, they seem very flexible! (Thank goodness!) Loaded with a small suitcase back to rehab I go to break the news to Mom who has been sitting by herself in an empty room since 10 a.m. waiting to come home. I could tell she had been crying, but she pulled herself together and did her mother thing worrying about me. I sneaked in a cocktail for her and we played Yahtzee and she just called to say goodnight.

Now where was I? Oh, the equipment you ask? At 6 we got a call from some guy at the DME company. We were to get a bed and a wheelchair right? Yes, I said (completely forgetting to mention the mattress - hope that is understood or this is going to get worse instead of better). I'm just loading up, he says, I've got to deliver an oxygen concentrator somewhere else and then I should be to your house sometime tonight. It is now 7:30 and the truck has just backed down the driveway.

Did you notice the disconnect between the statement of the girls earlier today who said the equipment was on the truck and then later we were next to last on the delivery schedule and the guy who said at 6 he was just loading his truck? Hmm, methinks someone is lying here. And even more interesting was the comment by the driver when he got here that he thought this order was to be done yesterday. Yes, I said to him, that's what we were told.

Everything is now upstairs, set up and working and it is only 8:20 pm on Friday the 13th. If Medicare doesn't pay for this night in rehab and we get a bill, guess where I am sending it!

Thanks Trish, it is kind of fun sneaking things past the noses of staff, hee, hee. Fingers crossed here we get her home tomorrow! Happy Holidays to you and Richard...Robert too!

Maybe shove first and send later, that might get their attention! My thoughts exactly! At least the evening delivery person indicated things could get ugly for some people. From the amount of calls he fielded when he was here I am guessing he was a little more than just a delivery guy. Very apologetic, more than once.