From Here to Eternity

From Here to Eternity

0
Five years ago Father's Day weekend, my dad was dying.

He had a strange assortment of ailments, like the Column A/Column B offerings of a Chinese menu, and my mom kept him going as well as she could. The kicker was Myelodysplastic syndrome, which he had for about 10 years, a blood cell condition, which would eventually lead to leukemia. I had been to see them in Florida in April, and we had a good visit. He didn't get up from his La-Z-Boy to say good-bye when I was leaving to return to Ohio. My mom later said he didn't because he knew it would be the last time we'd see each other. I don't know about that.

By June his condition worsened quickly and after a brief hospital stay, he was home in hospice care, in a hospital bed, in the family room. I kept calling my mom and asking how she was doing, asking if she wanted me to come down. She was calm and stoic and seemed like "everything was under control". Then on Father's Day I called again, and I could hear a wavering note to her voice that I hadn't heard before. I immediately called the airlines and made plane reservations for Friday, and called my dad to tell him so. He got on the phone and I told him I was flying down. "You don't have to do that," he said, and made an odd reference to some imaginary neighbors, and laughed his usual laugh. That was the last time I heard his voice.

He died on Tuesday. The thing that I remember most was sitting in my backyard in Ohio with the phone in my hand and being fully conscious that the person who gave me life was leaving this earth, struggling and grappling with existence, escaping gravity, returning to infinite energy. There will never be another person on the planet, other than my mother, who is connected to me in this way. It was a spiritual experience. And although my Protestantism taught me that he was in a questionable domain, never having said the "right words"  as a practicing Roman Catholic, never asking Jesus to be his personal savior, depending on those deplorable "works" to save him from damnation, I still had a peaceful confidence that Jesus loved him, in spite of his sometime awfulness, his judgmental nature, his faults.

So it's easy to remember Father's Day for me. I'm not sad. Father's Day and the day my dad died are like anchors now in my mother's odyssey. She held it all together until then, and then..... 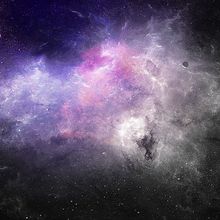 I often think of death but you're description of what happens is incredible. The description of that moment when a family member leaves really gripped me.\r\n\r\nAmazing to think of all your mom did just five years ago.

That is a very beautiful post. I understand it can still be tough though; *hugs*!

<a href='http://www.caregiving.com/members/janshriver/' rel=\"nofollow\">@janshriver</a> Indeed a moving post. Thank-you for capturing the holiday so well. ((Hugs))

Your last two sentences really strike a chord with me. Thanks for sharing that memory and the insights.