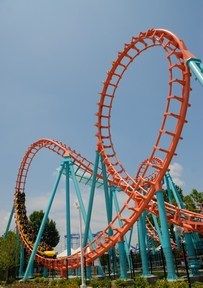 I am so frustrated with writer's block. There are a bunch of people who wish I would get talk block. But I don't plan on making anyone that happy.

Short but not sweet...we have come off a nice, long run on a "plateau" with symptoms and challenges running along at the same pace for quite awhile now. It has been tempting to believe the diagnosis was wrong. Not on your life or mine! The plateau vanished into thin air and the multiple symptoms that are unexplained by any other diagnosis than FTD began showing up rather than sitting still. At first I thought I was wrong about what was happening and then I hoped I was wrong and then I knew I was right and the plateau was gone and the downward spiral had begun. It will probably hit another plateau in this crazy world of FTD. I do not know when or what it will look like but that is the way things work, unless they don't plateau and I don't want to talk about that today. I am like Scarlett in Gone With The Wind. I will talk about that tomorrow.

So, I am going to keep this short and sweet. The ride is fast and shaky right now. We don't know where we got on and we do not know when it will end. What do we know? We are darn sure on it. That we know without a doubt!