Getting My Freak On

Getting My Freak On 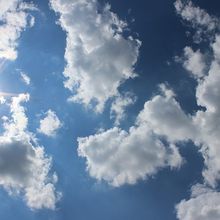 I suppose the title could be taken to mean that I am getting ready to party or in some way let down my hair and get freaky. I wish that is what it meant because I could use some of that about right now. But (heavy sigh), it simply means that as quickly as you can say "jack spratt" my life can get freaky. Freaky being full of change of events, my husband's seeming improvements over the past couple of months while he appears to, oddly enough be in a decline, full of drama and full of my health running on empty for days and days at a time. Well, I am not even sure how this pertains to caregiving because I am fairly certain I was about bat sh...t crazy before I became my husband's caregiver. Maybe, at the age of 66 years old, I see things differently and once in awhile believe, foolishly, that all the spinning plates are balanced and I can draw a moment's peace during that brief respite. But no-o-o! It is all an illusion pieced together in my brain while on full throttle denial.

Have you heard the saying that you can dress up a pig but it is still a pig? I love to dress up that pig and forget it is a pig. This is a lifelong personality trait that my father called "having my head in the clouds". Caregiving has taken that personality trait and made a mockery of it. Caregiving and my health and my family matters and all the fishies in the deep blue sea have conspired to pull my head out of the clouds. And the effort has worked very well except when it doesn't and here lately it has not worked. My head has been in the clouds. I have been tooling along, whistling while Rome burned as it turns out (not playing a stringed instrument as the great emperor Nero did during his maniacal Rome burning).

Life has been a crazy maker in the recent past, in the distant past and appears to be headed into the future on that same course.

My husband has an aide who comes in six days a week and he loves it and loves her in the way people love someone who is solely dedicated to making their life easier. One little problem, and not an earth-shattering problem, my husband now wants to be treated like King Tut on his thrown when the aide is not here and I love him and have stood by him for a long time but I am not and will never be at his beck and call just because he believes he now deserves it. So, I am finding ways to get that point across without minimizing his valid needs and my desire to meet them. And I am running a low-grade fever and running to the bathroom over and over again so that head in the clouds thing is starting to evaporate. My attitude is a bit shabby. My emotional slip is showing, I am concerned about some of the medical stuff going on with me. My husband is stuck in a weird space between improvement and decline and has wet the bed three times in the past 12 hours and wants to know why I am crabby. Really? I could feel my freak coming on and I held it back. Getting my freak on is equivalent to hopping a ride on the crazy train. I know how to hop on the ride but I have no idea where it will take me so I work hard to stay off that train.

My son is living with us and he works all the time so it is not intrusive in that respect. But, my twelve-year-old grandson is frustrated with several of my son's behaviors and has decided he does not want to come to see him on the weekends for now. Oh, and told the school counselor who called social services who are now doing an investigation that my son does not know about yet and my son has a volatile temper and my husband can't find his butt with both his hands and I am searching all over our aluminum condominium for my freak so I can put it on. I need to get my freak on.

It does not stop there but I best save some of the good stuff for another post. To recap, my husband is in full blown like with his 23-year-old aide, my body is running a low-grade fever and I have the trots and my son is on the cusp of royally screwing up his relationship with my grandson and that is enough for now. There's more but that is enough. Writing about it has helped me. Some. Now, where did I put my freak the last time I used it? I wanna get my freak on. Yeah! Yeah! Yeah!

I want to laugh and cry at the same time and I SO understand “getting your freak on!”. Thank you.

Glad that writing has helped you. It always helps us, too. Thanks for sharing.