God Prepared Me So Long Ago

God Prepared Me So Long Ago 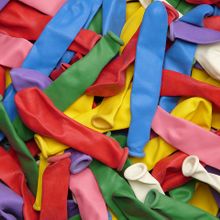 Once again I must apologize for not keeping up with the blog. I don't know why I let this slide because I know it is healthy for me to speak with all of you, it does my heart good! I have been down with pneumonia. Who has time to be sick when you are a full time caregiver? Certainly not any of us. LOL.

Mom has been suffering with severe colitis since Aug. 22nd. We have been trying to keep her fluid intake up but we have been failing. She had been getting horrendous dehydration headaches (they are worse than migraines; I get them sometimes as well) and had a constant one for nine weeks and three days.  =I FINALLY was able to convince the doctor to try a bag of IV fluids to see if the headaches eased. And guess what, it did!!!  I was SO thankful.  He came to the house and gave her 250ml of IV fluids and her headache began to ease within 30 minutes. I was SO glad he listened to me and was open to suggestions. Within two days her headache had returned and so a few days later he came back and gave her some more fluids. I suggested that he leave some fluids with me so that I can give her an IV on Wednesdays since he is only in town on Mondays and Fridays.  He agreed!!!!

Let me tell you, I was thanking the Lord that He put medicine in my heart at the tender age of 2! I have always been interested in medicine and up until 10 years ago I worked as a Veterinary Technician, and I did IVs! So the Wednesday came for me to give Mom the IV. I wasn't sure if I was a "gentle sticker" or not since my patients (dogs and cats) would always squirm and bark and pull away and all that sort of stuff. Mom said she would be willing to bite and scratch and howl and squirm if it would make me more comfortable. LOL! She is such a good patient! Well it had been 10 years since I picked up a needle and I had never done an IV on a human before. We were both a bit anxious. I got her vein first time and she said I was one of the most gentle stickers she had ever had!!! I was SO pleased and thankful to the Lord! So I have been giving her IVs for about 1 1/2 months now and it is working well. We are keeping her dehydration headaches at bay. We are trying to get her colitis under control using something akin to colloidal silver and it seems to be helping, but hasn't gotten it completely under control just yet. Once we get that, we are going to try to get her diabetes under control because that is also making her lose too much fluid.

I have been frustrated lately, maybe throwing a bit of a pity party -- anyone want a balloon -- because I have been SO ill, and no one has offered to help me. I haven't been able to get to the store in weeks and no one has offered to go for me. We have healthy neighbors who know I am ill and unable to go anywhere, who go to the store several times a week.  Maybe I expect too much from friends? I know when my friends and neighbors are ill, I call and offer to run to the store, offer to help keep their yard clean, I make and bring over food -- enough to eat then and freeze for later. Anyway, I have just been feeling let down as of late. They all know I am sick and can't do anything.  =The weeds are having a field day out front but there is nothing I can do about it right now. I shouldn't be surprised. This day and age it seems people are too caught up in their lives to care about others. It is a sad world! So the weeds will grow, the dust will gather and I will heal when I heal. Nothing more to it. I am thankful that I plan ahead and keep foodstuffs enough for a month or two without going to the store. I need to get well soon because we are almost out of everything since I have been down so long. Thus ends my pity party -- let's pop the balloons and get on with life!

Hello Deborah - thank you so much for sharing! I have suffered with Fibro and CF since I was 15 years old, over half my life...not fun! I also get the lovely migraines, as well as several other things that throw a wrench in my life! I am not a good \"sleeper\" or \"rester\". I have always struggled with that. I am trying to get my thyroid under control and I have also learned my body does not absorb things as it should and instead of taking 30 vitamins a day (I am deficient in a lot), I have switched to a liquid vitamin that is easier to absorb. I try to exercise when I can, I have an indoor bike as well as a total gym in my room along with walking DVDs...this way I am still available to Mom even while working out. As for massage, I found a great deal on a massage table and I have a lady come over and do massage as often as we can afford....I seem to move better if I get massage though it is excruciating to me! Thank you for the websites and your encouragement - it means the world to me. I pray you were able to get some rest last night and I pray for a less painful day for you today. God Bless!

It is awful to be sick! I hope you feel better ASAP. You do so much -- and so much well -- that I hope the frustration can ease for you. I admire you so much and I hope you feel our support between your blogs. Keep us posted as you can!

I am so sorry you are having such issues. It is sad that when a caregiver needs help themselves no one helps. They offer when you are well but never when you are sick. Let the weeds grow. Then the city or county will come do it for you. Just kidding. You are right in coming here because we do understand and care. God bless for all you do and keep writing.........

I would urge you to not wait for friends or neighbors to offer help. ASK THEM outright. And keep asking, make a real pest of yourself if need be- too much is at stake here. If your health fails, your caree goes down with you. It's a horrible domino effect, the sort of thing that can all too easily end in tragedy. That's when you see the friends and neighbors on the evening news, grieving and wishing they'd known, they could've done something.\r\nI'll keep you in my prayers.