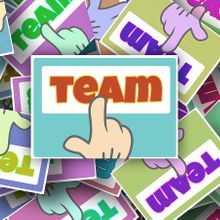 On Monday afternoon, my dad decided to have surgery to remove the blood clot on his carotid artery.

On Tuesday afternoon, he had the two-hour procedure, which was successful. Most patients who have this procedure return home the next day. My dad may need one more day but the recovery should be fairly quick.

I had paid gigs on Monday afternoon and on Tuesday morning, so much of the information gathering and decision making occurred between my sister and my parents on Monday.

My mom and my sister, who debriefed me over pizza and a glass of wine on Monday evening, described Monday as an unbelievable roller coaster. I had been with my dad on Monday morning and left just before noon. My sister and mom arrived shortly after and processed the parade of specialists throughout the afternoon.

On Sunday afternoon, we met with a neurologist who really painted a dire picture. "Johnny Raincloud" worked Wednesday through Sunday so another neurologist--Johnny's colleague--met with my parents and sister on Monday. This neurologist, Dr. B., brought in vascular surgeons to consult on my dad's options. My dad is not a candidate for a blood thinner. Because of the aspirin he began taking on Saturday to prevent a stroke, my dad had blood in his urine. This meant he would not be able to tolerate a stronger blood thinner.

So, the neurologist and vascular surgeons presented my dad his only option--surgery to remove the blood clot. My parents and sister talked through the decision and then my dad decided, on his own, to go for it. The vascular surgeon said he would review my dad's recent health records and would let us know if he found any reason to doubt the success of the procedure. In addition, my dad's urine had to be clear on Tuesday morning. He was not to take an aspirin Tuesday morning in hopes that would solve the blood-in-the-urine problem.

At some point on Monday afternoon, a priest from my parents' parish stopped by to give my dad the annointing of the sick. My dad become quite emotional, crying as the priest prayed over him. I think that visit provided my dad a much-needed outlet for his stress and worry.

My dad called Tuesday morning to let us know his urine was clear, that the vascular surgeon had given the green light for the surgery. My dad sounded calm and confident on the phone.

My sister and I spoke as often as we could on Monday afternoon. When she explained my dad's decision, that he didn't want the worry of when the blood clot would rupture hanging over his head, I thought, "His decision brings him comfort. And, that's what is most important."

I didn't worry about the procedure because I knew my dad had the comfort of making the decision that was right for him. I then trusted all would be okay.

After the procedure, one of the surgeons met with us to explain how it went. He began by saying, "I'm so glad you made the decision to have the surgery. And, we're so happy that the neurologist brought us in for a consult. We expected a blood clot but not like the blood clot he had."

My dad had plaques in the artery (which also were removed) but the blood clot was the major problem. His blood clot could have developed as result of the cancer or the March surgery--both change the consistency of the blood. (My mom gave him daily injections of a blood thinner for 24 days after he returned home from his surgery.)

The stars aligned for my dad. He was wise to pay attention to his left arm weakness on Saturday morning so that we could get him to the hospital. He had the luck of a different neurologist on Monday, who did her best to really work through my dad's problems with realistic optimism. My mom said the neurologist made it her business to sort through any obstacles to find a solution that would help, not hurt, my dad. The neurologist and vascular surgeons took into account any risks of the procedure and presented my dad with the information he needed to make the decision right for him.

As I look back, I think we did a few critical things right:

I'm often exasperated with the health care system. I'm now also grateful for the professionals who really do perform miracles, both in the operating room and in the patient's room.

My mom, although exhausted, couldn't stop smiling once my dad made it through the procedure.

OH, I am so glad, Denise. What a wonderful outcome.

So happy things are stable for your dad. How wonderful he received the annointing of the sick too. I'm sure he was wrapped in the healing power of the holy spirit!\r\nTake good care. \r\nPam

Great news. It was wonderful that the team respected your dad and his decision-making abilities. I hope all goes well as he recovers. Thank you for sharing this journey.

I really do believe everything happens for a reason, like the new neurologist your Dad got on Monday. I'm so happy his procedure went well. I'll be keeping all of you in my prayers.

wonderful update! thank you for sharing.