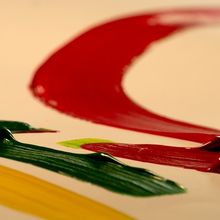 I hope those of you that have been affected by the winter storm are okay.

I have some very good news! On Monday my client's son and I toured two assisted living communities and fell in love with one of them which is where she will be moving to. We spent and a hour and a half there and it is SO nice! He also realized that she has to move and he can no longer provide her the care that she needs. He knows she will not be happy at first but she needs to move. I'm so proud of him and he knows I will be there to help him.

The other news is very frustrating! My father-in-law has not fixed the falling plaster in their extra bedroom and will not see a specialist about his knee. He is also being very controlling and will not listen to anyone else. He has a sister who moved from Russell to Wichita to be closer to her son and to live in an assisted living community as the ones in Russell are not very good. She also cannot live by herself as she went to get her hair done in August and was gone for 12 hours and doesn't remember where she was.

He went to visit her last week and she told him she wants to go back to Russell. My father-in-law still has a farm there and goes up to Russell from time to time. I have told him that the assisted living community is not the best but he wouldn't listen to me as he feels that women don't know much. I have really tried this year to not let them get to me and to not worry about them as they don't worry about themselves. So far, I am doing really good but that he wouldn't listen to something that I know more about makes me mad!

That's it for now!