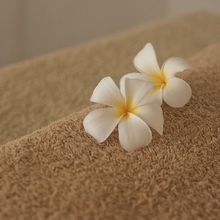 Okay, I know I'm not that old but... 10 years ago after a MRI my doctor asked what the heck I had been doing to have the back of a 70-year-old. I was 50 at the time. I have spinal stenosis and degenerative disk disease. (So basically, arthritis and a bit more.) Physical therapy several years ago helped tremendously--it's all about keeping the core strong, proper movements and being gentle to my body. But I still do more than I should. I still forget I'm not the strong, young girl who used to lift 50 lb. seed corn bags to help dad fill the planter. People used to say use your legs to lift, but no one ever showed me what that meant until I went to physical therapy. Anyhow....

Both P and I are both feeling our age as arthritis sets in; the rainy weather lately has been particularly challenging. Sometimes it keeps me awake at night despite taking Tylenol. I hate that I can't do things as easily as I used to. I hate I have to take extra breaks. Yesterday,  P could hear me from the other room every time I got up off the floor where I was sitting to paint the baseboards. (Betty White need not give us lessons on the proper grunts old people make while getting up or sitting down if you ever saw that episode on "Hot in Cleveland".)  And as they say, with arthritis, moving is good and it does help relieve the pain. The problem is moving from a "stopped" position if it's been more than a couple minutes. We laugh about it and call each other "Festus." If you are old enough to have watched "Gunsmoke," you'll understand.

And as I complain about my aches and pains, I think of a group of ladies (ages 84 to 104) who dined and laughed together together in the assisted living facility. I commented one day, I bet they had some real interesting conversations and one said, "If you only knew." Then she added, "We only have one rule at our table. We never talk about our age and we never talk about our aches and pains."

It made me realize that after a certain age you are just gonna hurt and at some point, you just accept that and stop talking about it. Maybe at age 60, I'm just starting to get that. Make the best of it. Take care of what you have, stop groaning about it and enjoy your life. This is it, whether it be caregiving or whatever.

I feel guilty every time I complain. How can I complain about my aches and pains while my my best friend struggles with coughing which brings on stomach spasms that continue on. Her doctor speculated that it's the tumors causing it.

And as far as you can't make this "stuff" up. My friends first doctor, based on pathology reports from the local hospital, told her she had stage 4, inoperable lung caner.  But after going to University of Chicago for a second consult, she still doesn't have a definitive diagnosis. It seems that, of the nine biopsy slides sent to U of C from her local hospital, six of the slides didn't even have her name on them! And pathology isn't willing to make any call yet and they want her to do a new biopsy. From what they did see at this point, they are saying her cancer is atypical. Now, her oncologist at the U of C has her going to consult with the surgery department today. He told her NOT to go to her second scheduled chemo until they nail down what this really is. I'm so glad she is at U of C now! But we are all so pissed off that it has taken one month now and she still knows nothing definitive and may have taken unnecessary chemo and who knows what kind of damage that could have done.

Oh, and here's another mess-up. I took her for her brain MRI last week (not at U of C) and the next day she was scheduled for a breast MRI. So they started the breast MRI and then said, "Whoops, we goofed. You can't get this done today because we gave you dye for yesterday's brain MRI. You have to wait more than 24 hours and come back." She just doesn't need these extra hassles. She is weak and has to lug around an oxygen tank to go out.

I sure all you caregivers out there are all too aware of all the frequent "_____-ups." (Excuse my French.) But it is just exasperating!