Mamadanz
It has been 2.5 years since I have been here and posted. I don't even know if anyone I used to "know" is still here  or if anyone remembers me but I have to talk to "someone" and anonymous faces are my best choice right now.

I "left" because I found myself focusing on the negatives in my life more than the positives, and it was not good. I needed to get back to being "me" or rather the "me" that I loved. Since I thought I had a correlation to being here and posting within my blog, I dropped it. I don't know if that was the "right" thing to do or not but it's what I did and slowly, I started to find more positives in my life.

So in the time I have been gone, I was involved in a motor vehicle accident (rear ended) that still has me treating and more (have undergone two shoulder surgeries within 14 months, still in PT from the last one, numerous injections to parts of my spine to try and relieve the pain, and finally the first of several nerve ablations.) I became a Grandmom for the first time to a beautiful boy who is now 2. My youngest was involved in a more severe MVA 15 months ago and underwent knee surgery, numerous injections to the spine, has been diagnosed with neuropathy of her left arm due to the accident and is looking at her own ablations that hopefully work because, if not, the neurologist will revisit his thoughts on spinal surgery. I spent the better part of a year running her to and from visits and treatments.

My daughter who has been considered "disabled" for a while now, has finally been diagnosed with diabetes, chronic migraine, arthritis and fibromyalgia. Her siblings (and I) do get annoyed with her at times because she sometimes does absolutely nothing around the house, when we could all use just the slightest bit of help. Her main responsibility is to watch/care for her dad while I'm at work and she is not even doing that very well.

Which brings me to my husband - my major "caree". In January of this year, he suddenly called me at work that he HAD to get to an eye doctor because he "couldn't see". I got him to my eye specialist a few days later and she diagnosed him with severe cataracts and scheduled the first of two surgeries and also took away his ability to drive. We did all the pre-testing for the surgery without issue. Went back to her office for one final test and he passed out in the men's room, soiling himself, slurring words and more. 911 was called and by the time they got there, and started triaging him, his blood pressure was severely low. At the hospital, it was actually one of the few times I was actually frightened as they rushed him into a space that was like an OR but still within the ER space. His blood pressure was ridiculously low and they were rushing around trying to stabilize him. They did and got him to a room and couldn't figure out what happened other than dehydration, he was good and sent us home. But that precluded the first surgery. Three weeks later he fell at home, was unable to get up and delusional. I called 911 again, they took him in and he was diagnosed with the flu (and yes, he had a flu shot). Five to seven days in the hospital and he was still weak and now suffering from orthostatic hypotension so he was discharged to a rehab facility. Two weeks later, he was discharged to home with PT three times a week, a rolling walker, commode chair and shower chair.

Things have only gone downhill from there.

The weekend before Thanksgiving he had me take him to the ER complaining of chest pain (he is a cardiac patient). They admitted him and did a cardiac cath. Communication issues between specialties was a problem but finally got sorted out. We follow up with cardiology and vascular in two weeks to schedule him for carotid surgery and potentially more.

He falls on average once a day, sometimes more. He says he loses strength in his legs and "just goes down". Just since Saturday, he's fallen twice on Saturday, one on Sunday, once on Monday, twice on Tuesday and once this morning already. He fights all the things he learned in rehab and PT for getting up and thinks he can just "jump up" and gets angry when he can't. I'm waiting for him to crack his skull open on one of these falls. This morning for example, I heard the crash, went to the front room and found him under one of the parrot cages with his walker completely across the room at the front door. He doesn't know how it got there. He said to our oldest daughter on Sunday when he fell, he thinks "his time" is getting closer. I wonder if he might be right this time.

But an even bigger issue than the falls (at least to me) is that he's started toileting inappropriately. Every day I come home from work, I find a "puddle" on the bathroom floor and I chastise my poor dog (a sweet little Maltese) and then my oldest daughter for not letting her out often enough. The puddles can be various sizes. I've also found "puddles" in the dining room and elsewhere. Some of those have been too large for my little dog or even some of the cats but I could never figure it out. Last night, I heard him and his walker coming to the bathroom (I was in my room) and then I heard the "tinkle" that was NOT in the toilet bowl. I thought perhaps he had the sink water on but when I peeked, he was standing near the sink, facing the window, and urinating on the floor!!! I quickly ducked back in my room so as not to "embarrass" him. When I heard him starting to move again, I came back out and he asked for paper towels saying he "didn't make it in time". I looked and there was a HUGE puddle on the floor. I sent him back to the front room and I set about cleaning it up. As I cleaned, I realized that most likely many of the puddles I have been finding over the last eight months or so have not been animal but likely his.

I am embarrassed for him.

I don't know what to do.

Our oldest, who is married and has a son, is fairly ignorant of what's going on and has a "Pollyanna" attitude about his dad, assuming that "all will be well" even though even he must notice that his dad is going downhill. Our youngest, who spends more time at the boyfriend's than she does at home, is wickedly practical and sees what's happening and talks to her dad in a "tough love" sort of way. The two girls at home - see it, know it, and spend time in their rooms away from it. They talk with him, but mostly the middle one, when I try to talk about how I feel in this, I am negated because obviously I "hate" him. Our youngest son knows what is happening, but chooses not to deal with any of it and when he gets home from work, he basically locks himself in his room. If I need his help to get his dad up, he does help. But otherwise, he's "absent". My kids are good, and they don't deserve having to deal with this either but they do, and I see the stress on them as well.

And I just worry how I will manage when he dies. Not emotionally and don't take that the wrong way. He has been absent emotionally from our relationship for over ten years. The disease process changed him and he is no longer the man I fell in love with or had so many good years with. I've mourned (and continue to mourn) that loss for years already. I worry financially how I will manage. Right now, we "get by" on his Social Security, a small pension and I work. Before my car accident, I had a second "job" as an independent contractor for several "mystery shopping" companies and was able to make enough money for little "extras". Since the accident I haven't been able to do those jobs and financially it is rough but we mostly "get by" but there are few (if any) treats. I'm old enough to collect Social Security but if I collected right now, what I'd get would be less than one current paycheck. If I hold off for a few more years, I could get about $200 more than one of my current paychecks (and I get two a month - so I'm still looking at a "loss" of income). I know I can collect "his" Social Security instead of my own but if I ever stop working that would cut our/my current income in half  and I just don't see how I could maintain a home without any other assistance, especially since we "just" get by as it is.

I could hope to win the lottery.

So that's where I've been and where I am.

I'm trying to stay in some kind of "happy place" but sometimes its hard. He barely comprehends these concerns anymore. He is so lost in his own "world". My kids who are working will never get out on their own if they have to keep helping me financially. While I love them dearly, I can't keep them "at home" for convenience or for finances.

But we soldier on, each of us with our caregiving and our "issues." We make it work because we have to and if we don't all is lost.

And I won't lose it all. 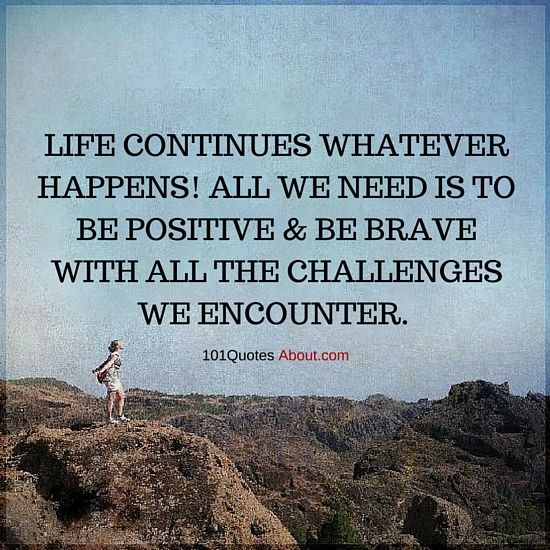