"I don't think I can do this much longer," says Allen. He sits in a dining room chair, the image of discouragement; head down, elbows on knees, tall body leaning forward.

"Do what?" I ask. I am trying to remember if it is Chicago or Terbium that uses footnotes as I scan a new document. I turn in my own dining room chair to look at my son. My lack of energy to negotiate space in my office the past few weeks has moved my laptop and printer to a fold-out Ikea table in a corner of the room that was so recently Ron's. Allen now fights space aliens on the desktop HP upstairs.


Maybe I'll take it back someday. Maybe I won't. Maybe I feel closer to my husband down here, where he spent his last nine months. 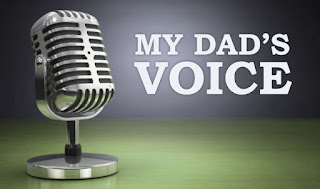 "You know," Allen shrugs. "Trying to get Dad back."

"Oh." I sigh. I remind myself many times a day that autism grief is not neuro-typical grief. In the last two months--almost three--Allen's magical thinking has kept the hope alive that his father will return from the dead. Even though he participated in the funeral and saw his father's body lowered into a grave, he continues to hold onto the possibility of a Bible type miracle.

"It's just not fair that I can't talk to him anymore," my son continues. "No matter WHAT"-- and he emphasizes the word by raising his hands up--"I could always talk to him." Tears form in the corners of his eyes. 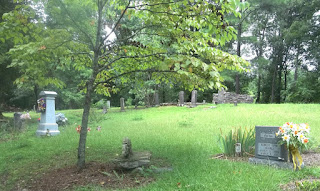 He, like me, is remembering phone calls from hospital rooms when Ron would call to say "good-night," days he sat in his easy chair in the living room and called out a booming, "Hello!" to whoever entered the house. I hold back my own tears. I, too, miss my husband's voice.

My heart aches for my youngest child. Injured when Allen was young, Ron was never able to run and play with him the way he did with Bonnie and Dennis. The only father Allen has ever known has spent more time in hospital rooms than home.

But a Dad is still a Dad.

"What do you think we should do?" I ask Allen, whose position on the upper end of the autism spectrum makes the finality of death a difficult concept to grasp. Almost every Saturday has found us engaged in another magical outing, gathering clues for his father's imminent return.

Allen sighs. "We'll try the train station one more time," he says without much hope. "Then maybe we can figure out a way to talk to him. Even if he can't come back, at least he'll be able to hear us."

"He hears us," I assure my son. "We can still talk to him.All the time. Anytime we want."

"Maybe," I say. Somewhere there are video tapes of family vacations. Do we still have a VCR? Does anyone? And there is a audio recording of our 25th anniversary service. Do I have a tape player?

Allen is now warming to a new project. "It would be so cool if we could just hear him! Just hear his voice sometimes. Then I would still feel like I had a Dad." A tear slides down his cheek. "I still need a Dad." 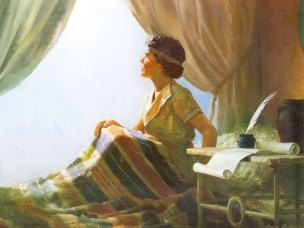 "We all do," I say. Then I recall a lesson at Wednesday Mission Possible, the story of young Samuel who heard the Lord calling. In 1 Samuel 3, the boy Samuel is serving at the Temple with the priest, Eli. When he hears a voice calling his name in the night, he assumes that it is Eli and runs to him. But Eli tells him it is God calling to him. Samuel learns to listen to the Lord.

Now, in this new season of my life, I, too, am waiting to hear from God.

"You know," I say to Allen, "I'll bet that if you listen really closely, if you are really quiet, I'll bet you can hear Dad's voice."

My son is skeptical. "How would that work?"

I think quickly. "Well, let's remember what his voice was like."

"Loud!" says Allen. "But gentle, too. Like he was always happy to see us. Even when he was hurting."

"Let's be really quiet for a moment," I tell him. "And we'll just listen for Dad's voice."

And for a few moments we sit in the dining room where Ron's hospital bed so recently stood, where a walker and a wheelchair were at the ready, where boxes of medical supplies usurped the room. And we listen. With all of the love we both still hold for Ron, with our memories of him close to the surface, we listen.

"I hear something," Allen whispers.

My heart swells. A Dad is still a Dad. 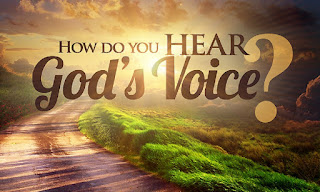