We bond at the lake in the center of town. It is a place of focus, pulling our attention away from the medical, the psychological, and everything spanning our lives from quirky to heartbreaking to frightening. 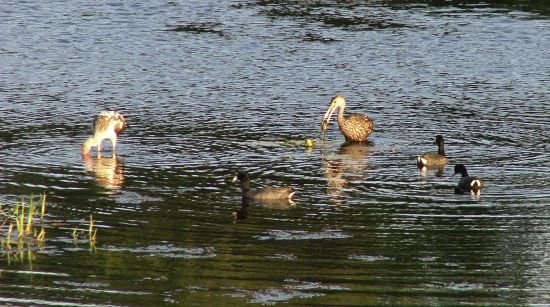 
We have stood at the shore and listened to the gator's grunts . We have watched coots and limpkins, hawks and sandhill cranes. A great egret floating on its white wings. Red-winged blackbirds screeching in the tall grass. 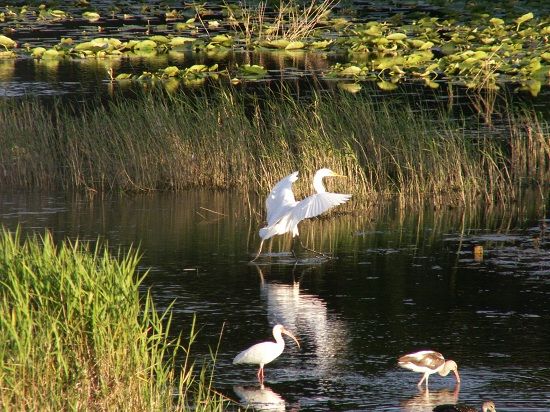 Now that your human therapist has moved on, we need to schedule drives into town, a way to return to the lake.

Even in Florida the seasons turn; weather is more of an issue now. We haven't learned the lake's migration patterns yet. But now that we are into January, the robins (Turdus migratorius) should come to our neighborhood soon. 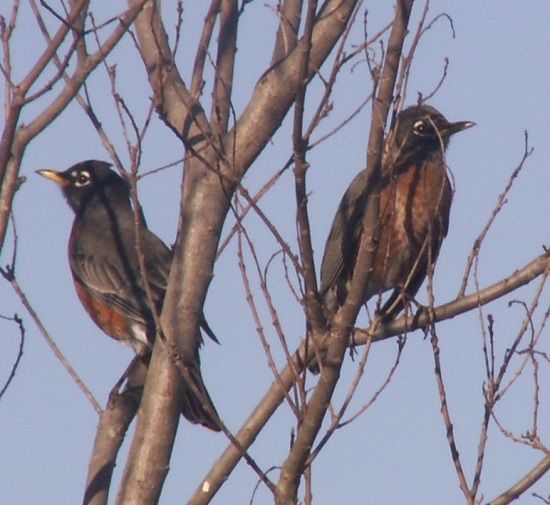 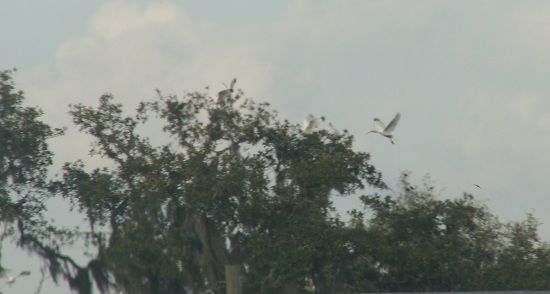 Our negotiations over the winter's temperature become strained. You want it warm, but you don't want the heat fan blowing. You insist on setting up your fifth burner in the narrow hallway, near the thermostat. The smoke detector has already gone off once and you waved away an acrid smell, then discovered the scorch mark on your jacket. You've covered it with duct tape.

I make a mental inventory of our fire extinguishers. "We might not be so lucky next time."

"I'm not perfect," you shoot back, staunchly defending your methods. After you've fallen asleep on the floor again, I unplug the damned thing. This safety hazard that you love. I want to take it out back and chop it to pieces.

I research space heaters that don't use fans, because you hate the fans. After we decide on one that looks promising, you complain that it would be unwieldy in the hallway, because you'd still want it near the thermostat. We need to negotiate more. I thank the weather gods that our nights are warmer now.

We can get the space heater in town, then swing by the lake.

You hate humidity even more than fans. On this night with temperature in the 60s and a dense fog advisory, you've set the thermostat to blow cooler air through the house. That will lower the humidity, you say.

We were out in the fog earlier, walking around the house as I shone my flashlight up at the roof. We decided that the squirrel noises we've heard come from their nut stash, likely in the gutters. Their scrabbling had sounded too close to the fuse box for comfort.

Our attentions turn to plumbing these days. The toilet in the hallway bathroom has been problematic since this house was built and it is acting up again; I had spent part of New Year's Eve snaking it out. You've changed the flapper valve, but it is still slow. We have a couple more tricks to try before it's time to call the plumber.

In the meantime, you have laid down a set of Byzantine rules regarding what functions occur where and what becomes of the toilet paper depending on that function. I am merely grateful to have a second bathroom, along with our Luggable Loo filled with kitty litter.

And because you want to know when a function of either stripe has occurred in the second bathroom -- but you want the message to catch your eye when you enter the first bathroom -- I have concocted an alert system. 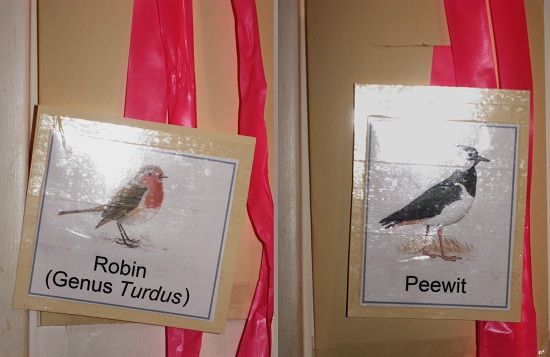 Not content with a display on the wall by the bathroom door, you have strung a pink ribbon across the hallway, tacking it into place, so that the appropriate bird dangles before you at the proper height and distance from the bathroom entrance.

It was not fun when the toilet backed up and you wanted me to do a Jack Be Nimble over the glowing fifth burner in the hallway. I refuse to be quick when I step over that blasted thing. You react against my sense of caution by accusing me of trying to be perfect -- because you have been discovering that you no longer need to be perfect.

I tell you that leaving the burner like that is a disaster waiting to happen, especially when something unexpected occurs like the toilet backing up.

You tell me I should call out, "Crisis!" -- which would alert you to remember that on top of everything else, we should be careful of the glowing, hot coil.

I need to find a way to put an end to burner-as-space-heater. When you feel overwhelmed I can yell out anything and it won't make any difference. And it takes very little to overwhelm you. Hours ago you shouted me down when I tried to tell you something, because you were concentrating on putting towels away.

I have learned not to point things like that out to you as an example. When I have, you have argued that they are in the past, and that we should take things on a case by case basis. Just because something happened in the past doesn't mean it's a "forever thing," you say.

When I try to point out your behavior, you accuse me of black-and-white thinking and of using "you" statements -- taking psychology ploughshares and beating them into swords.

Between the toilet and the burner, I made the mistake of forgetting my own past lessons learned with respect to how we communicate. I have trouble remaining neutral when I feel unsafe.

I tell you I feel unsafe. You tell me you feel frustrated. You congratulate us on being able to talk about our emotions.

I need to be on the lookout for the next cold snap, perhaps find a way to spirit the burner away and hide it, even though my doing so will incur your wrath. I need to stand my ground on safety. The last time I wanted to turn the burner off, you stood between it and me in the narrow hallway, silently daring me to try.

I need to leverage the bond we share; my first choice is to negotiate.

But safety is non-negotiable. And with just the two of us locked together, sometimes the bond I treasure can turn into a battle.

EJ--I think it's great that you understand the line in the sand and the line is safety. It's awful to feel that battle with the one you love, especially when the battle is not between the two of you but between you and her disease process. How do you fight what you can't see but has such a force of nature?\r\n\r\nWe're right behind you, EJ. We believe in you and trust you. You are safe with us. :)